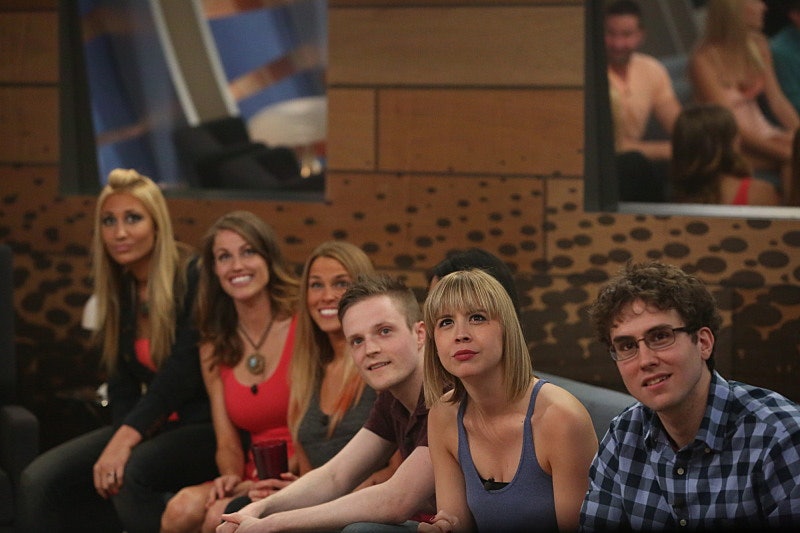 For as long as I can remember, I have been a huge believer in astrology. I check my horoscope on the regular, am signed up to receive alerts when my moon is rising, and will base an entire day around what the stars seem to have in store for me. So, you can imagine the joy that I get from matching people up with their zodiac signs — especially when I'm matching people up with Big Brother 17 houseguests based on their zodiac signs. Because, trust me, it's actually way more reliable of a personality guesser than it seems.

I know, I know, it sounds bizarre — but it’s actually kind of fun. Don’t believe me? Try this: You tell me your astrological sign, and I will tell you which houseguest on Big Brother 17 you are most like. Even if you don’t watch the show, you will see some serious similarities in your zodiac sign and the Big Brother houseguest listed below. Trust me. Whether you are a Taurus or a Gemini or a Scorpio, I can tell you which houseguest you are with the snap of my fingers — or, rather, the click of a keyboard.

Scroll down to find your sign and figure out exactly which houseguest you are.

You’re totally Austin. Original and independent, you two are soul siblings — and maybe you even have the tats to match.

As a compassionate and artistic soul, you’re totally a Jason. I bet you like to wear those little chain thingies around your neck too, don’t you?

Brace yourself, you confident, enthusiastic thing you, because you are totally a Jace. (If you're a Big Brother 17 fan...sorry.)

You are a James: reliable, patient, and always stable. As the one housemate who hasn’t totally lost his marbles yet, he's definitely someone we all should wish to be like.

You're Liz and Julia. Obvi. You might even have a twin, too!

You little tenacious thing, you. You know who you are. With that persuasive and sometimes highly emotional personality, you’re definitely Da’Vonne.

Shelli, for sure. You’re creative, warm-hearted, and cheerful, just like she is.

You saw this one coming from a mile away. Considering you're probably often described as “analytical,” “hardworking,” and “practical,” you and I both know you’re a Steve. Admit it.

You’re diplomatic and social, just like the most-liked girl in the house, Meg!

Resourceful, passionate, and kind of a little secretive, you are just like Vanessa.

Jeff. With that sense of humor? Totally Jeff.

You’re responsible and well-mannered, like Becky, who proved she was a total badass during a major Head of Household challenge. Don’t underestimate a Capricorn, am I right?

Now, with this newfound information, go forth and live life as your best self. Because that's what astrology is for, right?