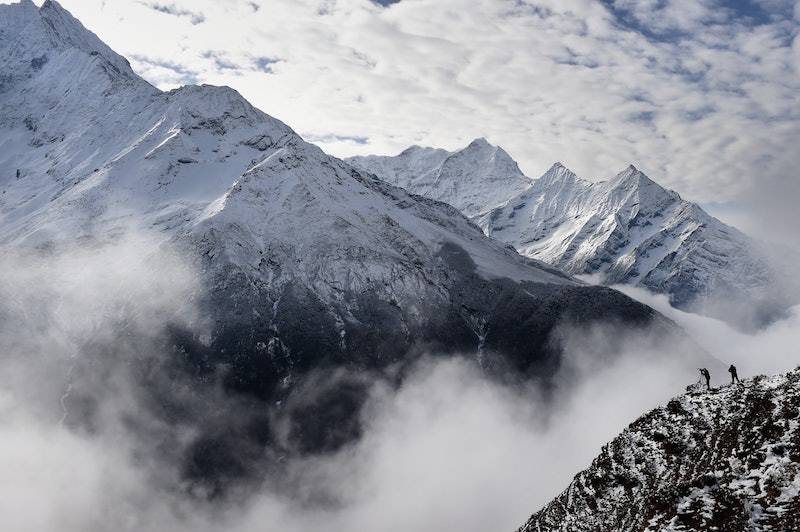 It's the second-tallest mountain in the world, and only 18 women have survived the climb to the top of K2, known among climbers as "Savage Mountain." But Vanessa O'Brien wants to become the first American woman to summit the 28,251-foot mountain and return. A former banker, O'Brien holds the record for being the fastest woman to climb the Seven Summits, the highest peaks on each of the seven continents. She told Forbes magazine in April that K2 held particular prestige for her: "It is said when you climb Everest, you are a mountaineer in the eyes of the world, but when you climb K2, you are a mountaineer in the eyes of other climbers."

So if Mount Everest is the tallest mountain in the world, why is K2 such a big deal for climbers? The mountain, which sits on the border between China and Pakistan, is considered more technically difficult to climb, according to the climbing website 8000ers.com (The "8000" refers to all the mountains taller than 8,000 meters). It holds a ratio of about one death for every four climbers who make it to the top and back down again. Of the 377 people who have hit the summit of K2, only 18 Americans have ever done it, none of them women. According to Jennifer Jordan's book Savage Summit: The Life and Death of the First Women of K2, three of the first five women to make it to the top of K2 died on the descent.

O'Brien told Forbes she was not treated differently on climbing expeditions because she's female, since, she said, 15 to 20 percent of high-altitude climbers are women. O'Brien climbed Mount Everest in 2010, according to her website, has reached the tops of both the North and South Poles, and climbed Kilimanjaro in Africa and Denali in Alaska as part of her Seven Summits achievement.

O'Brien arrived at K2 base camp in Pakistan on Tuesday with her expedition team. The Pakistan side of the mountain is considered less dangerous than the side facing China. The team is hoping for a weather window sometime this month.

And despite the grim history of K2, O'Brien is determined to reach the summit there as well. She told The Boston Globe before she left for Pakistan that if the weather permitted she would "take that summit and I will get down. That much I can guarantee."

More like this
25 Quotes About Love To Share During Pride Month 2022
By Madeleine Aggeler and Emma Garza
How To See The Lunar Eclipse On May 15-16, 2022
By Kaitlyn Wylde
Taylor Swift, Kerry Washington & More Speak Out On Uvalde Mass Shooting
By Jake Viswanath
Photos Of Boris Johnson Drinking At A Downing Street Lockdown Party Have Surfaced
By Bustle UK
Get Even More From Bustle — Sign Up For The Newsletter