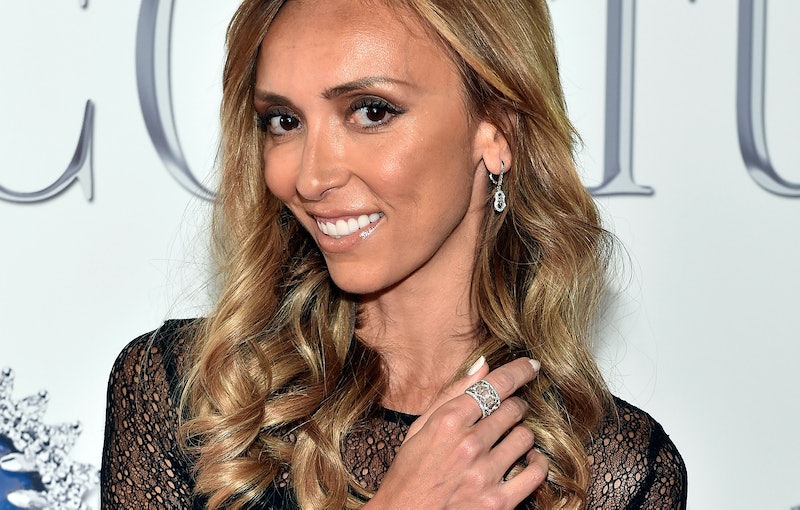 In a surprising move that just about no one saw coming, Giuliana Rancic is leaving E! News after 10 years as an anchor, though fans of her, and the network, won't be saying goodbye to her completely. Rancic still intends to carry on in her roles on Live on the Red Carpet and Fashion Police. Not losing Rancic from Live on the Red Carpet in particular is a huge relief since the 40-year-old's hilariously awkward red carpet interviews are basically the stuff of legend. The statements released by both the host and the network reveal that the split was amicable on both sides, more of a chance for opportunity than any sort of big loss. But, after she steps down from a gig that she's had for a decade, fans must be wondering what Rancic is doing after leaving E! News. The answer is that we'll be seeing even more of her than ever before.

Rich In Faith is currently listed on Oxygen's website as The Wilkersons (working title), produced by Magical Elves and listing Rancic as one of the executive producers alongside Jason Kennedy, Jane Lipsitz, and Rich Wilkerson. The premise of the show is as follows:

Pastor Rich Wilkerson made international headlines when he married friends Kanye West and Kim Kardashian in a glamorous wedding in Florence, Italy. But even though he preaches to the A-list, his true passion is sharing his faith with the world and being part of a movement of young believers. A more entertaining way of spreading the gospel, this series not only walks with people through the struggles of their lives, but also sheds light on how Rich Wilkerson and his wife DawnChere’ are committed to making church and faith fun as well as unexpected. With the entire family involved in the church, they are ready to share their innovative and thought-provoking ministering with both the believers and non-believers.

So, basically, it's a Keeping Up with the Kardashians spin-off about the pastor who officiated Kimye's wedding. I can see exactly why Rancic would have gotten involved with, and would be so excited about, the project. And Rich In Faith is the kind of pun-tastic title that will pull lots of new viewers in, making it a success both for Oxygen, and for Rancic. I'm sure these three upcoming projects are just the three that she's most excited about moving forward rather than the only things that the 40-year-old will be working on with all of the free time she won't be spending anchoring E! News. After all, a woman as accomplished and well-known as she is can do pretty much whatever she puts her mind to, and expect her fans to follow with reasonable confidence that she'll helm another success.