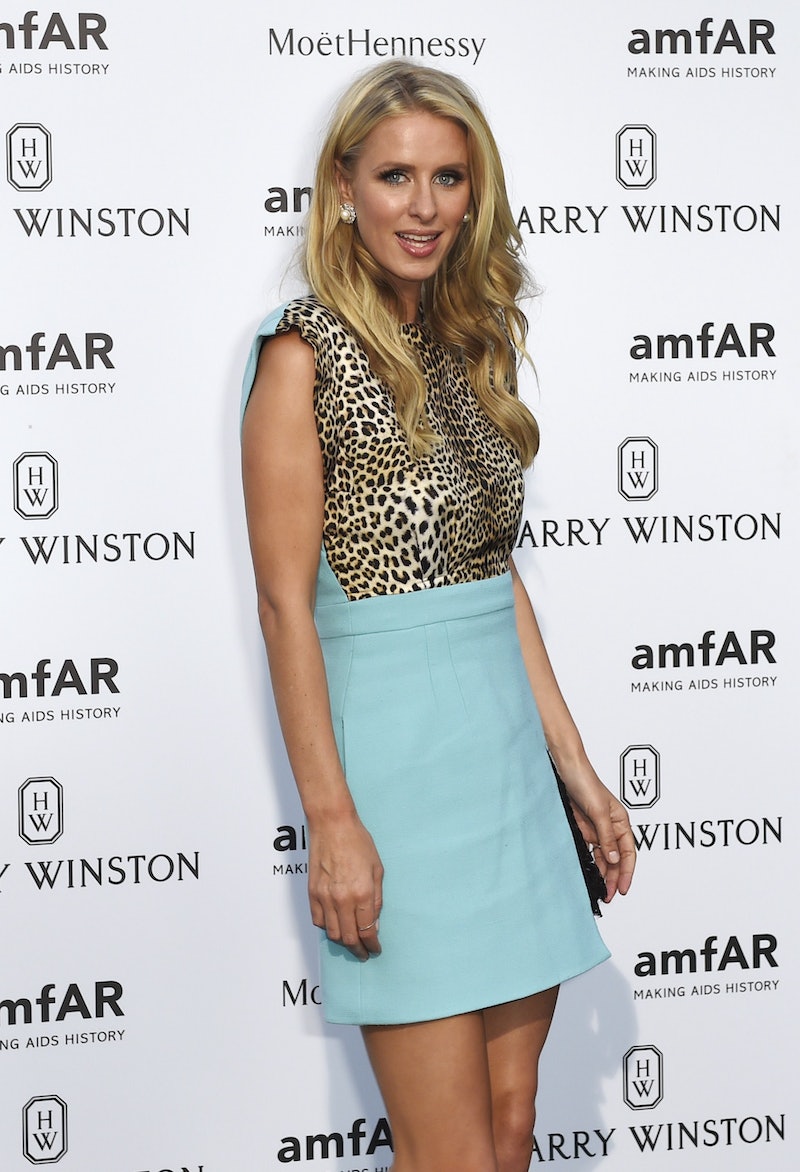 It's official: Paris Hilton's little sister has found her happily ever after. In August 2014, Nicky Hilton got engaged to James Rothschild, and nearly a year later, their wedding is right around the corner. Considering Hilton's background, it's no surprise that she fell for Rothschild, who she basically has everything in common with. Just like Hilton is the heiress to the ridiculous fortune that comes with her family's hotel chain, Rothschild understands that heir life — he himself is set to inherit everything that comes with his family's European banking business, which basically means that eventually, they're going to be using $100 bills as toilet paper. So how did two beautiful, unfathomably wealthy people like this come to be a couple (for a reason other than "because life isn't fair")? The story of how Hilton and Rothschild met was actually kind of perfect.

The year was 2011, and it might have been destiny from the start, considering that the site of their first meeting was as romantic as it gets. According to Us Weekly, Hilton and Rothschild met at friend Petra Eccleston's wedding to James Stunt in Italy. Despite the fact that neither Hilton nor Rothschild have offered up more details than that, I can imagine an Italian wedding served up the perfect backdrop for love. And it only makes it more perfect that Italy was also the place where Rothschild popped the question three years later... followed by a celebratory road trip through Europe. Seriously, how cute is that?!

And speaking of their wedding? Not too many details on that either (other than the fact that Hilton plans to wear a dress that reflects her "very classic and old fashioned" style), but it is coming up soon. Page Six reported that it's going down July 10 in England, where Rothschild is from — and allegedly, the wedding is happening at Kensington Palace, essentially making Hilton the American Kate Middleton. And being that money is clearly no object, I'm expecting total dream wedding from these two. Like, a level above Kimye status, should such a thing exist.

Sigh. It must be so good to be a Hilton. I can't wait for these wedding pictures!