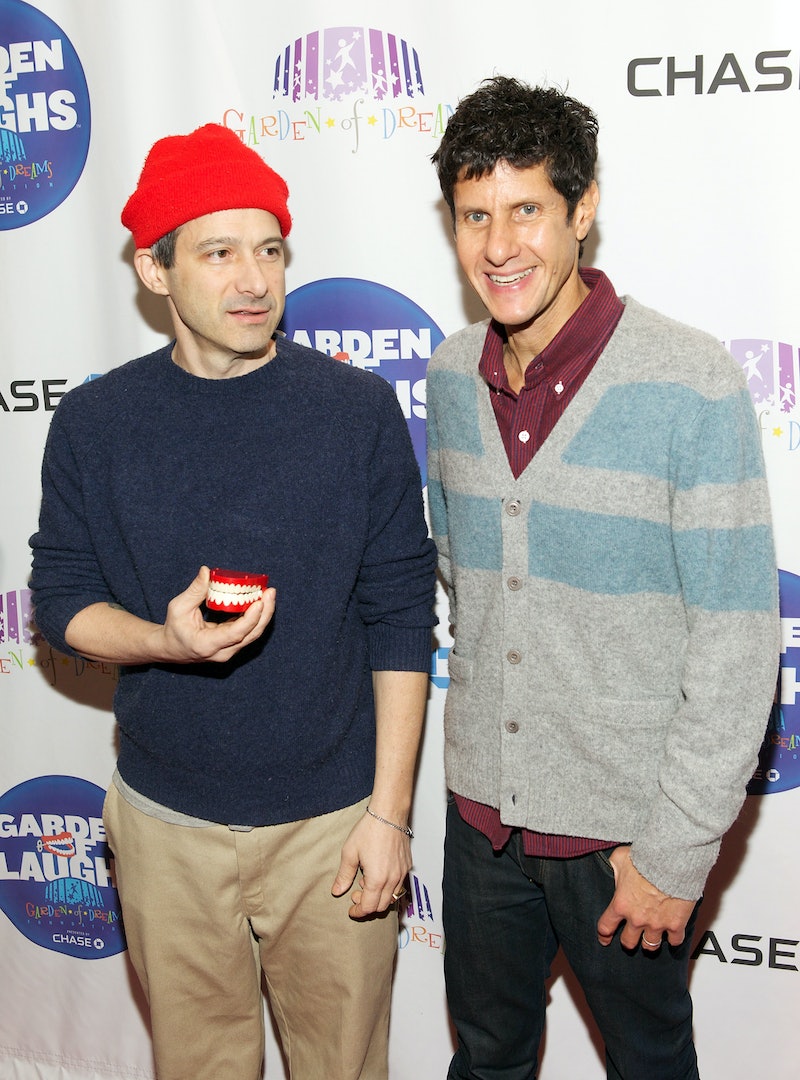 The open letter is a trend that has sunk it's teeth into the rich and famous, the latest perpetrator being the Beastie Boys. The Beastie Boys posted an open letter to GoldieBlox, creator of the hit ad featuring an altered version of the Beastie Boys song, "Girls," that speaks to the company's desire to create toys that enable young girls to pursue science and engineering by creating gender neutral toys. However, what is clear here is that the open letter, a forum for communication that has been much used and much abused recently, is a fundamentally flawed trend. Don't get me wrong, I think the Beastie Boys' iteration of their values is more than fair, but the overuse of the open letter is an issue, and it's quickly becoming just another method used by angry celebrities to sling shit at one another publicly.

In the last year, open letters have become the forte of famous folks ranging from the likes of Sinead O'Connor to Sufjan Stevens to Community's Donald Glover, so the variety amongst open-letter users is wide. However, the decision to address someone else through the forum of the public is, I feel, a large scale version of a group message telling one person that they are no longer welcome in a friend group or at an event. It's using the power of mass opinion to bully one group into doing what the other group wants, and although it plays into our societal craving for more interaction with celebrities, it also kind of plays into a disgusting mob mentality that deserves no justification in popular culture.

A notable exception is Donald Glover's strange confessional letter to his fans, which was directed to the public instead of through it. However, this particular style of writing still caused issues, as Glover's meaning was thoroughly unclear and many were left questioning his stability. When compared to Anna Gunn's elegantly written and thoroughly thought through op-ed-piece in The New York Times, it seems fairly obvious that the open letter is merely the less considered cousin of the written article, and one that does not deserve the same amount of attention.

The legal difficulties between the Beastie Boys and Goldiblox are their own, and if either party wants to publish a statement explaining the situation at hand to us, the public, then that is more than fine. However, an open letter is basically fulfilling that function, except under the guise of communicating with someone one disagrees with. It invites all us to weigh in on a problem that is wholly not our own, and creates a situation where no matter the outcome of this Goldiblox vs. Beastie Boys stand off, there is going to be a group of enraged fans on either one side or the other seeing red because they feel wronged by the workings of the legal system.

It's a lose-lose situation, one that is well demonstrated by the Miley Cyrus-Sinead O'Connor fiasco. Who came out of that looking good? Miley Cyrus came off looking like a bitch who's insensitive to mental health issues and Sinead O'Connor came off as an opportunist. The concept of celebrities writing to us is wonderful, one that might further promote eloquence and reading, a thought that makes this writer very happy, but celebrities harassing one another via public letters is not something that benefits any of us.

I hope that this burgeoning trend dies as quickly as it was born because if it becomes mainstream, like celebrity feuds on Twitter or leaked celeb sex tapes, the world of Hollywood will lost any last vestiges of glamour that it has managed to cling to in the digital age. There is nothing aspirational about a bunch of famous people talking shit about each other under the guise of "letters," and I for one really hope they realize that before the situation gets even further out-of-hand.

More like this
Spice Girls’ Net Worth: The Richest Member Is Wealthier Than The Rest Combined
By Hugh McIntyre
Harry Styles Addresses The Theory That His New Song "Daylight" Is About Taylor Swift
By Jake Viswanath
Joe Alwyn Reacts To Taylor Swift Earning An NYU Doctorate In A Rare Interview
By Jake Viswanath and Nicole Pomarico
Watch The Dramatic First Trailer For Netflix's Jennifer Lopez Documentary
By Alyssa Lapid
Get Even More From Bustle — Sign Up For The Newsletter