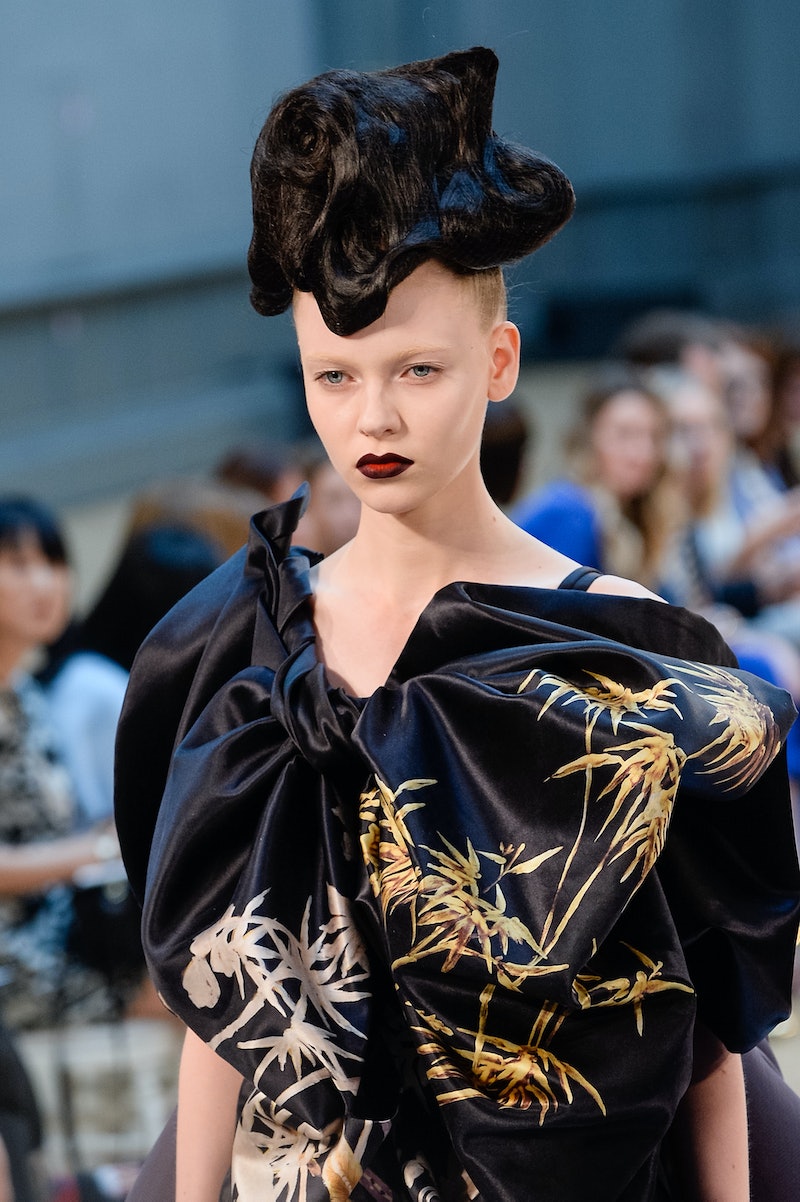 Have you been following Paris Couture Week this season? It's been a pretty kickass parade of beautifully dressed people, both on and off the runway (did you see Naomi Watts at Armani Privé? How about Meg Ryan's long-awaited return to the red carpet?). Anyway, Couture Week is ostensibly all about the clothes (especially the Zuhair Murad ball gowns that may or may not have taken a team of 20 people over 350 hours to make) — but there's no denying that the hair and makeup game is generally pretty fierce as well. After all, it's got to show off the aforementioned labor-intensive couture to best effect. Some creative directors did this with simple, clean looks, like the pared down princess-y makeup at Elie Saab, while others decided to make a statement with their face paint (while still letting the clothes take center stage, of course).

The bolder looks of the Fall Couture 2015 season have ranged from something as simple as a pop of color in the form of Schiaparelli pink lips, to eye makeup applied in a shape that can only be described as bandit mask-esque. With that in mind, let's take a look at some of the more adventurous cosmetic wizardry from the week.

Sometimes, ultra-graphic cobalt liner is the way to go.

Fendi kept things relatively simple, and let the glow-y silver shadow do all of the talking.

Maison Margiela had some of the craziest face paint in all of Paris — and as if that weren't already cool enough, many of the high-impact looks were also paired with polka-dotted hair.

At Schiaparelli, the models rocked a heightened take on a relatively classic look — blue-green eyeshadow, paired with terracotta cheeks and lips.

As with the Jean Paul Gaultier and Maison Margiela shows, the Ulyana Sergeenko Fall Couture 2015 went for some full-on face drama, with an exaggerated take on... well, exaggerated makeup.

What's your favorite look? Are you more a fan of the subtle silver eyeshadow at Fendi, the Spock-esque brows at Chanel, or the superhero/Phantom of the Opera-approved war paint of Maison Margiela?