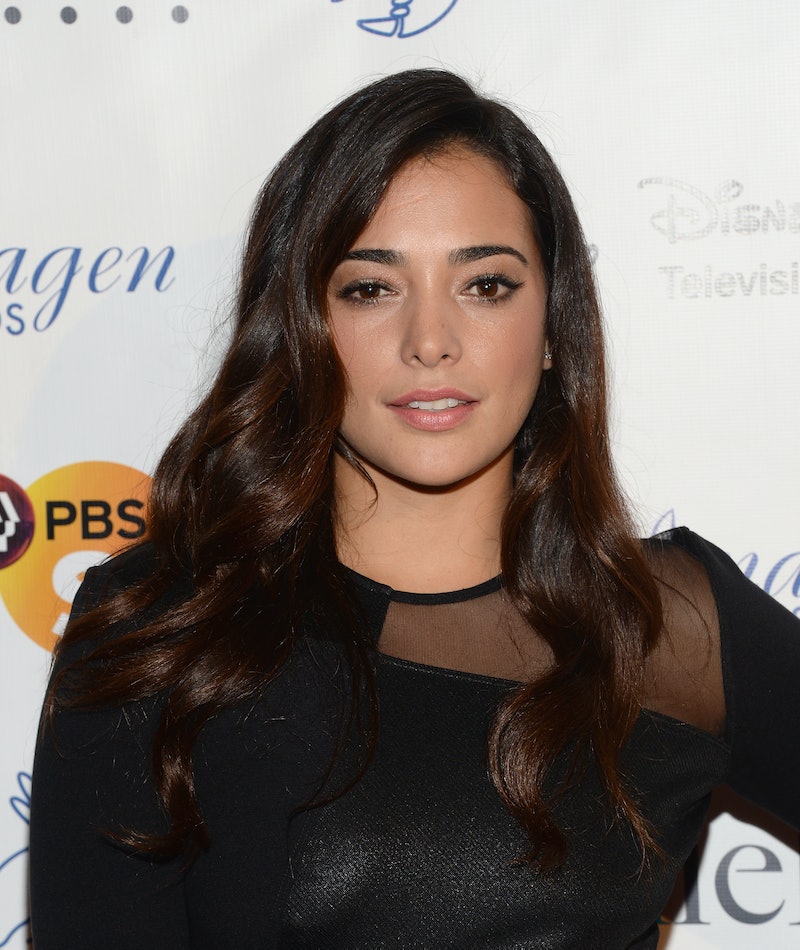 Audiences first became familiar with Self/Less star Natalie Martinez in the 2008 film Death Race. She played a role opposite Jason Statham that involved physical strength and agileness — the same qualities she seems to possess naturally. The actress is currently filming Kingdom, where she plays an MMA fighter, so it's no surprise the beautiful 30-year-old is interested in more films that could show off her roundhouse kick. "I want to play Princess Kitana from Mortal Kombat," she says. "I'm a fighter. I fight in the ring in a couple of episodes [of Kingdom], which I’m really excited about."

Chun-Li, a fictional character from the Street Fighter series, is the actress' "go to for everything." Meaning, whenever there's a chance to play dress-up, Martinez has her favorite character ready. "I think I’ve done her every year and even off Halloween. I was Michelle Obama dressed as Chun-Li for Halloween," she laughs. "I like mixing things up to keep it creative. I have like four different Chun-Li costumes. But I dig those kind of heroes. Superwoman has always been something that we’ve looked up to, and I could kind of associate with her," she says before admitting: "But I actually want to come up with some Latin, fiery, superhero chick. Some crazy girl that dances at night and flies away to save the world."

But before audiences can catch the Cuban actress utilizing her heritage for a custom designed superhero, we can see her in Self/Less, starring opposite Ryan Reynolds. The film surrounds the idea that death is beatable and immortality can be bought. When a wealthy dying man (Ben Kingsley) undergoes a procedure that has his consciousness imported into the body of a young man (Reynolds), nothing goes quite as planned. But the idea of an everlasting life could prove appealing to some. "There’s so much shit you go through right now, I’m not doing this twice," the actress says.

"I’m just really happy right now, the position I’m in. I’m happy and content. This is the chance you’re given, so live it up to the fullest, and live life, and do everything it is that you’ve ever thought of or imagined," she advises. "The first thing that comes to my mind is that everyone else is going to die. What, you’re gonna stay alive? Like, yeah, I’ll be a robot but I can give you a high-five and feel it. None of those things interest me."

But what does interest her, though it might not be another life, is another perspective. "I think it’d be interesting to see life as another gender," she reveals. "Like I’ve had my trials and tribulations and amazing times as a woman, but I want to figure out what those are equally for a man. That’d be kind of interesting."