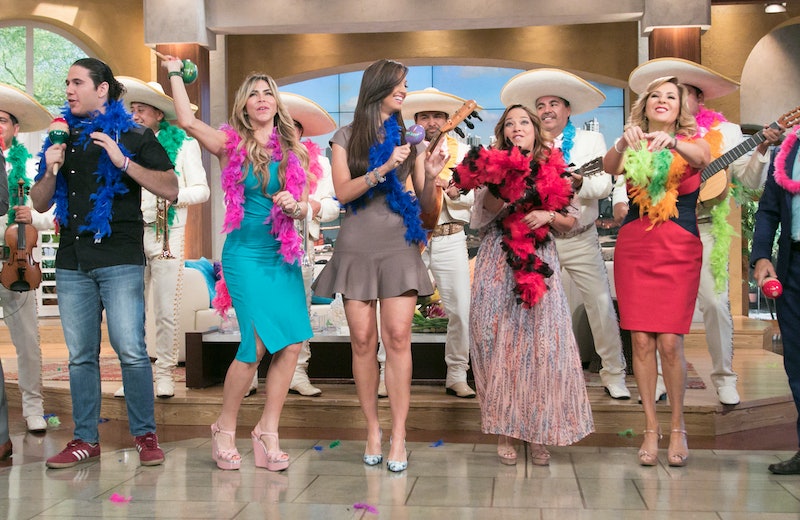 Are you having a bad day? Prepare to turn that frown upside-down, or at least have it twitch a little bit as you quash down the feels, once you watch "Are Londoners Horrible?," the "kindness experiment" in which a bunch of strangers are surprised by an adorable singing flash mob. The best part? The crowd only shows up after those strangers have done something nice for another stranger, combining two of the most feel-good things on the planet: random acts of kindness and singing flash mobs. Add in a kitten or two and the video would just be TOO MUCH.

Despite my initial suspicions, the singers didn't just wander around London in search of Good Samaritans to mob. According to Cosmopolitan, production company Action Productions set up several scenarios to lure nice people in. One featured a woman with a cane struggling to lift a heavy suitcase up some stairs, another involved a man who fell asleep on a train with a sign asking someone to wake him up for his stop, and in the third, a woman's groceries were knocked out of her hand by an actor masquerading as a total jerk. (At least I hope he was pretending. You never know with actors.)

In a series of events that restored my faith in humanity, a random passerby helped out in each situation, only to be rewarded with song. So much song. The guy who woke up the man on the train seemed a little weirded out by the situation, judging from how quickly he ran away, but for the most part, everyone appeared to enjoy themselves. So are Londoners horrible, like the video asks? I'll let this image of a bemused, extremely British man smiling as he's serenaded by a bunch of strangers answer that question.

Check out the heartwarming video below: