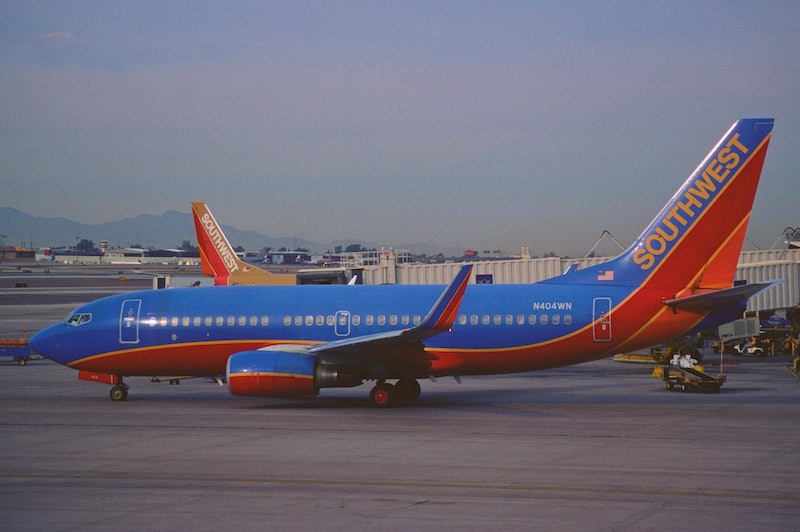 Nearly 150 passengers aboard a flight headed from Chicago to Boston late Wednesday evening had what could easily be described as one of the most frightening experiences possible on an airplane. A Southwest Airlines flight aborted takeoff after an engine fire forced passengers and crew to evacuate to safety. According to the airline, the stall was due to a mechanical issue and they are awaiting further reports. Not only did the pilots keep safe control of the aircraft, but this truly horrifying experience is actually an example of how safe it is to fly, as all of the passengers — including those sitting nearest the engine when it exploded — emerged from the plane unharmed.

The cause of Flight 3299's engine fire remains unknown, according to officials speaking to the Chicago Tribune, though they did confirm that smoke and sparks started coming from the plane's right engine at around 10:45 p.m.

Commander Frank Velez, spokesman for the Chicago Fire Department, told the Tribune that in addition to fire equipment, at least six ambulances had been dispatched to the scene to handle any passenger injuries. Instead, the passengers and crew were able to exit the plane without incident and board a replacement flight to Boston. In the end, the flight arrived at Logan Airport just three hours behind schedule.

Passenger Ryan Toth had been filming the takeoff through his window and managed to capture the initial explosion from the plane's engine, along with sparks and plumes of smoke shooting from the wing. Toth told the local NBC television affiliate that he and his family were headed from Chicago to Boston for a wedding. He said that this ordeal has given him a new appreciation for life: "It was mind-boggling, it was really scary. My heart was beating out of my chest. But it's one of those things where you come out of it and are like, 'Wow, you know, life is pretty incredible.'"

According to Boston.com, Toth shared his footage with another passenger on the flight, Blain Thayer, so that it could be shared on social media.

Despite incidents like this, air safety is at a five-year high, according to data from the International Air Transport Association. The trade organization reported that in 2014, airlines suffered just one accident for every 4.4 million commercial flights. Even after recent airline catastrophes in Germany and the Ukraine, safety studies still put the average rate of airplane deaths at just 0.07, well below that of train deaths (0.43), automobile deaths (7.3) and motorcycles (213).

Still, Toth's reaction certainly makes sense, considering that the video shows that the engine ignited just feet from where he was sitting.

Here's the terrifying video captured by Ryan Toth (who is, I repeat, still alive):