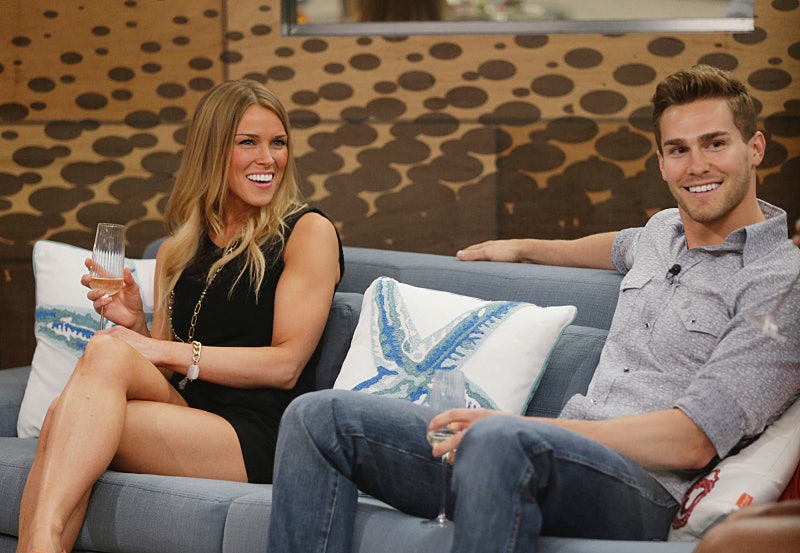 If you've been keeping up with the new season of Big Brother, then you're completely aware that there is a beautiful Big Brother 17 showmance occurring between Shelli and Clay that definitely, 100 percent, no doubt about it needs to happen. Since night one, these two were definitely going to get together — Shelli considers herself a "puma," Clay has said he likes older women — and indeed they have gotten together as the King and Queen of Big Brother 17. And while some people are totally supporting the Slay (Shelli and Clay) showmance, others are really vocal about the fact that Shelli is too old for Clay.

First of all, let us remember that we are not the ones in the showmance/relationship, so we are to be not concerned with the fact that Shelli is 10 years older than Clay. These two adults can do as they please. Obviously people are allowed to have their own opinions and express their thoughts — freedom of speech, y'all — but before people start criticizing Shelli for being "too old" for Clay, may I remind you of a relationship that was a Big Brother fairytale that many, many Big Brother fans rooted for so much so it hurt. I present to you, Jeff Schroeder and Jordan Lloyd.

When Big Brother 11 aired, and these two wonderful houseguests met, Jordan was 22 (a year younger than Clay), and Jeff was 31-years-old. The two have been together — and appeared on The Amazing Race as partners — since their season of the show. On Big Brother 16, Jeff proposed to Jordan and the whole world said, "YASSSS."

So why are people taking issue with Shelli being older than Clay, but very few people took issue with Jeff and Jordan. Could that be a double standard I'm hearing? Some people on Twitter have made the connection to the two couples and are calling out any sexist bulls—t that might come with the shipping of a Slay showmance.

But with that support also comes a ton of people who are shaming Shelli for being interested in a guy 10 years younger than her.

Overall, age is just a number. And if you don't like a woman dating someone who is 10 years younger than her, then don't date a woman 10 years older than you. This "issue" some seem to have seems much more rooted in a double standard regarding a woman being the older person in a relationship versus an age difference issue, anyway. I hope Slay keeps slay-ing it just to prove the haters wrong.