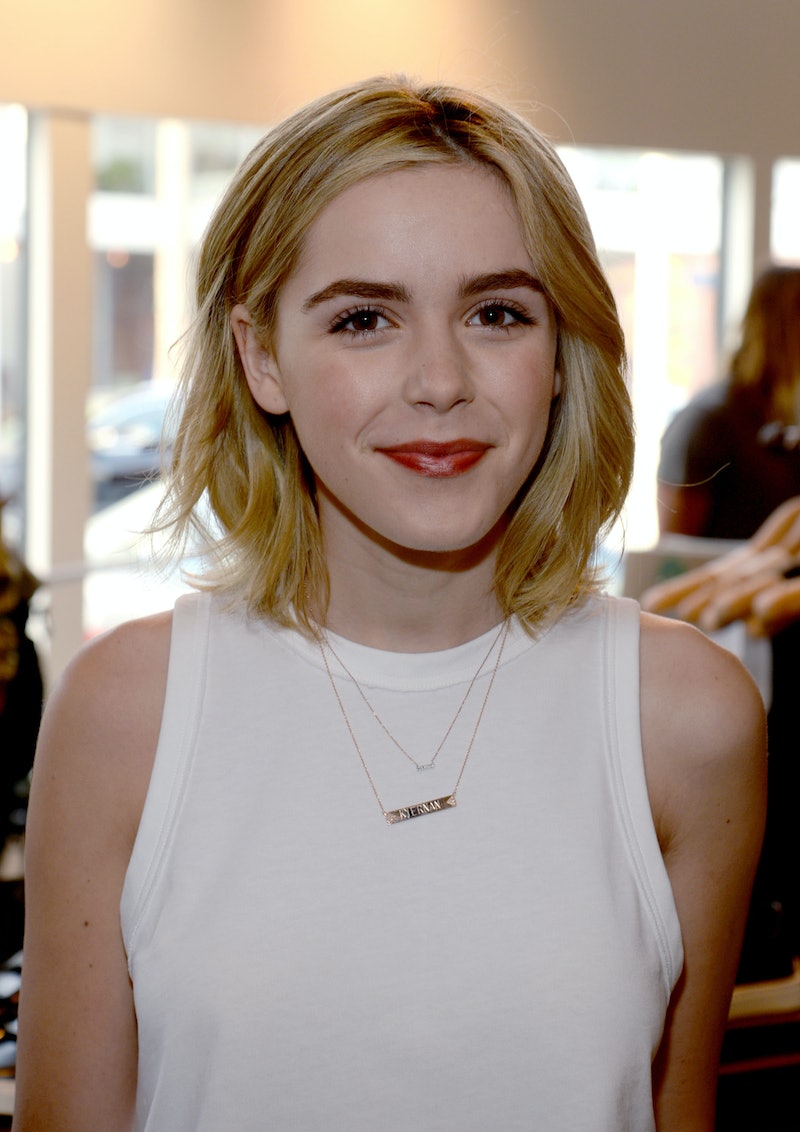 I'm figuring out that being in your thirties is kind of like being the middle child. When it comes to where to get fashion cues from, it feels like you're too old to be admiring the current teenage fashion icons of the day and too young to go out and buy the latest Helen Mirren ensemble (well, a lookalike anyway).

But that's what it feels like. The truth is I'm still taking fashion nods from fellow women of all ages. And that's perfectly OK. I've never been one to put teenagers in a box labeled "pre-adult" and therefore incapable of influencing anyone older than themselves. In fact, I've always thought — and it's pretty much proven from a plethora of teenagers who get sh*t done — that teens can do pretty much anything adults can. And do it all well.

I mean, take Tavi Gevinson, for example. The (still teenage) young woman has been operating a reputable fashion blog turned lifestyle magazine for seven years. Yep, that's since she was 12, people! And the list goes on. For reelz, you can read about 25 influential teenagers here from Time Magazine.

So there's no reason at all to be ashamed of getting serious style inspo from girls half my age. I'm even betting that my own daughter will be giving me fashion notes in the years to come, but for the time being, here are seven young women who are currently influencing my wardrobe:

The girl can pull off indie princess in her everyday life, glamour girl on the red carpet, and the charm of girl-next-door at daytime promotional events of her films. She's got that down-to-earth factor that makes everything she wears look effortless and fabulous at the same time.

I didn't actually notice Moretz until the historical adventure film Hugo, when I was captured by her naivety mixed with a very grown-up ability to convey a great character. And I'm not ashamed to admit that last year's If I Stay actually convinced me that not all is lost when it comes to watching a sappy, teen love story. Plus, her wardrobe was killer in that flick.

I recently watched Moretz with Blake Lively in the indie production Hick on Netflix, and though I don't think I'd ever dress like her 13-year-old character — a girl trying desperately but not very successfully to be more adult — I was still enamored with the way she made the tackiest outfits look charming.

We know her as Katniss' little sister Primrose Everdeen in The Hunger Games film franchise, but I also followed her this spring on Dancing With the Stars, and even though she was the youngest star ever to appear on the show, she handled herself with as much finesse and grace as any of the older women. (I was so sad when she was voted off way too early for my liking!)

The girl can wear a full face of intense makeup without looking gaudy at her young age, and she's got an impressive pair of eyebrows that instantly keeps her on trend at the moment.

Shields' style is traditionally girly, and she wears plenty of cheery colors and pretty pastels that inspire me to keep my girlish love of pink never too far out of reach. She's been known to rock a killer top knot with long, luscious tresses, but I love that's she's not afraid of a little change as she's recently had it chopped into a lovely little lob.

Imaan Hammam is a Dutch high fashion model of Moroccan and Egyptian descent. She has basically been tearing up the modeling world like a storm recently, and I love her free-spirited demeanor as a model. She appeals to my sporty and natural side, and I'm obsessed with her hair — I've always admired a woman who doesn't mind going big!

Hammam wears a lot of earth tones (which is a major fashion staple of mine). She rocks the look while fresh-faced and wide-eyed.

Oh, and Hammam's also recently been dubbed as one of "fashion's new faces" on the highly talked about and applauded Teen Vogue August 2015 cover, so you're going to see a lot of her in the future, I believe.

OK, so I basically see Fanning as one of my ethereal, pixie dream muses. She's the real life version of Tinker Bell, is she not? Whenever I need a little help feeling like there's still a little magic in the world, I turn to Elle Fanning.

Plus, her hair color change last fall to a honey brown helped me remember that something as seemingly simple as dyeing your hair can literally make you feel like a different person.

First of all, anyone who can be known by only one name is an icon to me, but this girl is worthy of the title for her immense personality, charisma, and absolutely perfect '90s throwback style. I remember when I first caught her in Shake It Up on the Disney channel. The girls I used to work with at a group home loved that show, and I was totally sucked into watching it with them; mainly because of the charming, crazy antics of Zendaya.

She's always willing to completely change up her style, and when she wears something, it really seems like she commits, which is an awesome reminder for me to go all out without looking back.

I mean, who isn't influenced by (or at least aware of) Kendall Jenner at the moment? She's everywhere. I think it's easy to forget with all of her success as a model that she's still only 19.

I'm not usually one to get excited over someone so mainstream, and I'm not someone who's "keeping up with the Kardashians," but Jenner has still managed to inspire me, because following her here and there has made me realize that sometimes mainstream is OK.

I'm pretty sure I once thought Jenner only puts on clothes that someone tells her to wear, but there's actually a ton of quirkiness and individuality to her look, as often seen in her Instagram posts. She's definitely made me rethink the way I perceive influential celebs the fashion industry.

Sure, her name and family have given her some opportunities, but Jenner is talented at what she does, and from what I can tell, she works damn hard.

OK, so I only started watching Mad Men for the first time on Netflix this month. While the rest of the world watched this girl grow up before their eyes as Sally Draper on network television, I'm only just now witnessing her amazing progression from child actress to bonafide style icon.

I can only imagine what being around the Man Men set for seven of the most pivotal years in your self-discovering life does for your sense of style, but so far it seems that Shipka was taking notes the entire time, and I'm dubbing her my favorite teenage vintage queen!

It seems Shipka is drawing sartorial comparisons to Emma Watson, what with her stunning elegance and grace at such a young age; and I'm excited to see where she goes from here. Side note: She's an ace Instagram user, and her feed will give you plenty of lifestyle, photography, and fashion inspo.