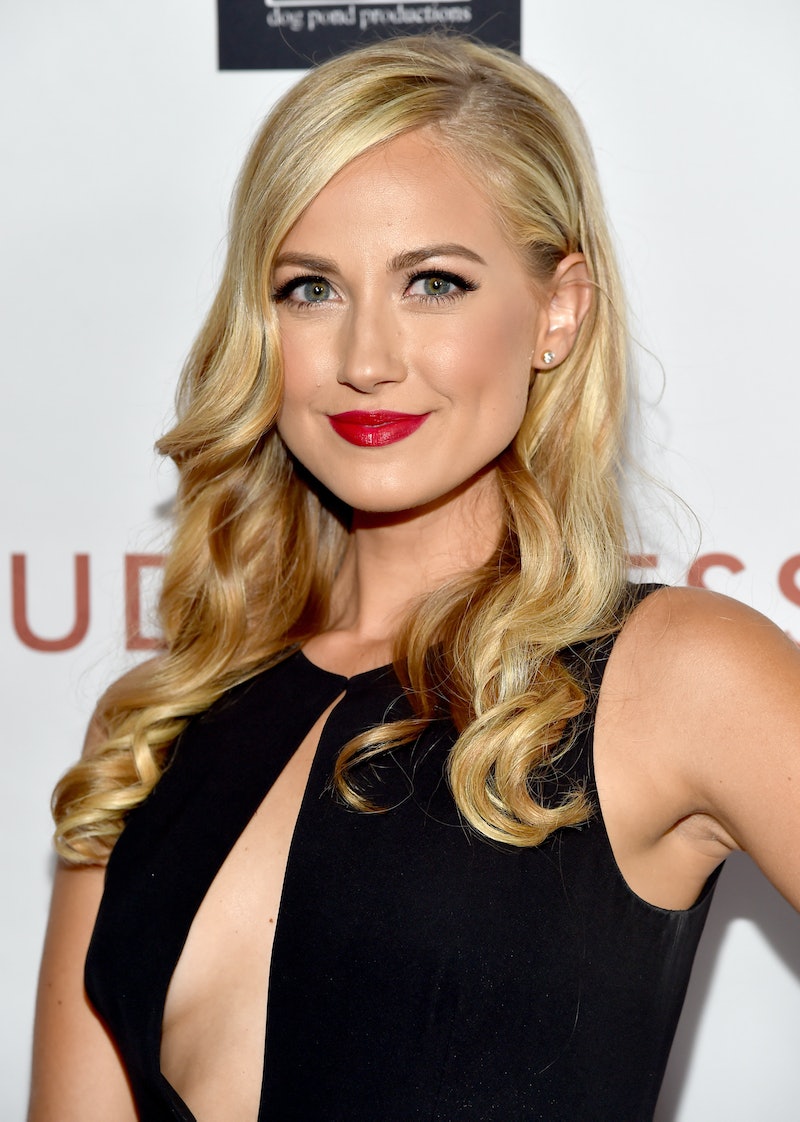 Who knew that something like a pageant, which should be joyful, could have such turmoil leading up to the event. Who is hosting the 2015 Miss USA Pageant? It will be broadcast Sunday night on the Reelz network and streaming online. This year's event will be hosted by Todd Newton, Alex Wehrley, and Julie Alexandria. However, their journey to this gig was more complicated than you think. There's a lot of drama surrounding this year's Miss USA crown, and so far, none of it has to do with the contestants.

Here's what happened. Last month, the original Miss USA hosts, Cheryl Burke and Thomas Roberts, dropped out after Presidential Candidate Donald Trump made the following comments about immigration, as reported by CNN.

Donald Trump is a co-owner and producer of the pageant, so the Univision networks, hosts, and backstage host Jeannie Mai dropped out as well. At the same time, NBC cut ties with Donald Trump, leaving the pageant temporarily without a network. Thomas Roberts is an MSNBC host and Cheryl Burke is a former pro from Dancing with the Stars and is currently involved with NBC's I Can Do That. Suffice to say, the Miss USA Pageant had some scrambling to do, and they found three new hosts to take on the job.

So, who are the new hosts? Julie Alexandria, who will be stationed backstage, comes with the network who took the Miss USA pageant in from the storm. She is currently the host of OK! on Reelz and has also done sideline sports reporting, voiceover work, and hosted The Seven on MTV.

Todd Newton, one of the two masters of ceremonies, has worked on another Trump-owned pageant, Miss Universe, before. He has also hosted Family Game Night, E! News Live & Live From The Red Carpet, and Coming Attractions. He won a Daytime Emmy Award in 2010 for Family Game Night.

Finally, the second on-stage host is Alex Wehrley, a former Miss USA Wisconsin and has a variety of hosting experience. She has worked on morning shows, VH1, and worked red carpet coverage for E! during the Emmy Awards. She has also taken a UCB improv class, so we know she's ready for anything. The Miss USA Pageant is definitely in good hands.