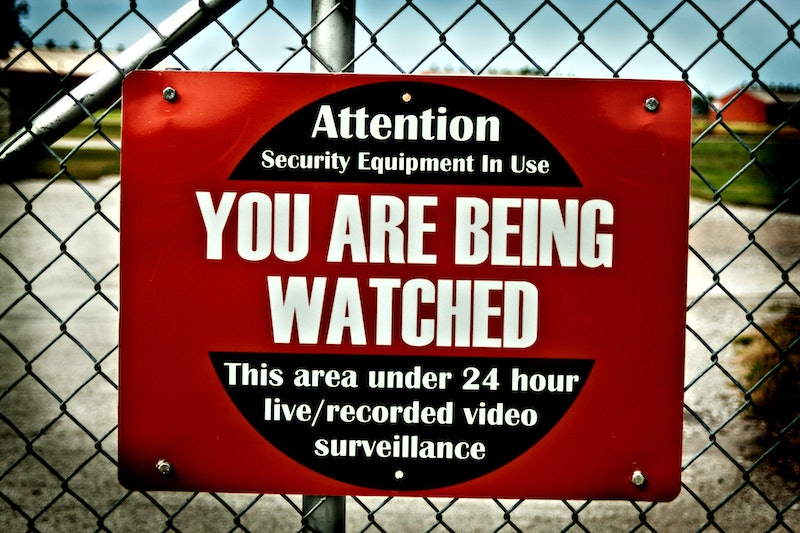 In a story that’s a little bit too Big Brother for my liking, allegedly Amazon is watching all of us on Facebook. According to several writers' and readers' complaints this week, Amazon has been keeping tabs on users' social media activity to find out if we personally know an author in an attempt to stop writers from getting their friends to post fake reviews. So now we don’t just have to worry about our exes, bosses, and potential dates creeping on us online; we may have to worry about giant companies doing it too.

Already, Amazon’s alleged social media surveillance has provoked a strong reaction from users. One blogger, Imy Santiago, claims she was blocked from writing a review because Amazon decided she “knew the author personally,” based on online interactions she had with the author. She claims that her appeal was rejected by Amazon and that the author was consequently deprived of a good review from a fan — which, if true, would be pretty unfair. Bustle reached out to Amazon Thursday for comment but has not heard back.

Author Jas Ward has started a Change.org petition to protest Amazon's alleged new practice. As she argues, authors rely heavily on Twitter and social media sites to promote their work, and interacting with their readers can be a hugely rewarding and beneficial experience.

Amazon’s alleged censorship will potentially discourage authors from responding to their admirers out of fear of losing out on reviews, she claims. If she's right, that would spell a pretty sad day for those of us who spend half our day tweeting Meg Cabot and Jennifer Weiner how much we love them.

Here’s hoping that Amazon will reconsider its position on Imy Santiago's review, or that the Change.org petition makes a difference. Amazon allegedly blocking reviews based on our social media accounts is not only really creepy, it would also be pretty harmful to authors and their readers if it's true. In the meantime, I’ll be making my Twitter feed private and going back to obsessively tweeting J K Rowling.

More like this
The 20 Best Audiobooks To Fall Asleep To
By Aoife Hanna and K.W. Colyard
What Does “Gatekeeping” Mean On TikTok? The Viral Term, Explained.
By Courtney Young
Using Your Pet’s Name As A Password? Here’s Why You Might Want To Change It
By Cristina Sanza
What Is “Night Luxe?” Breaking Down TikTok’s New Aesthetic
By Courtney Young
Get Even More From Bustle — Sign Up For The Newsletter