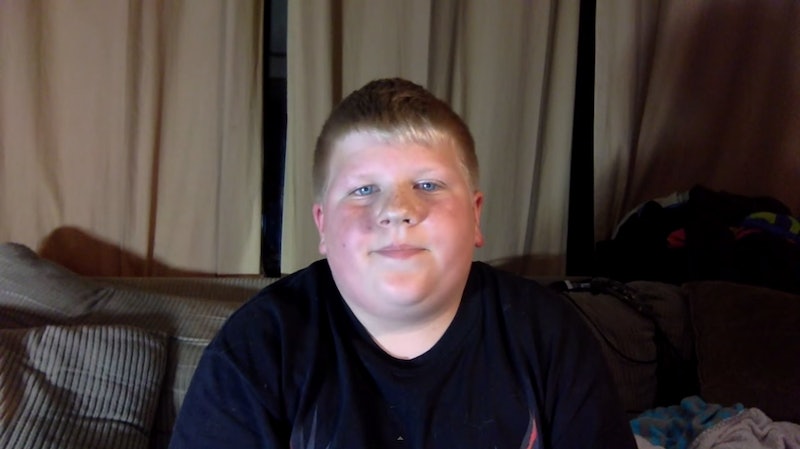 We already know that, even in social media world often defined by casual, anonymous cruelty, YouTube comments stand out at as an especially dark cesspool of vitriol and heartlessness. Knowing that, however, doesn’t make this video of an 11-year-old reading fat-shaming YouTube comments about himself any less upsetting. Logan Fairbanks and his father, Josh, have developed an online following with their YouTube videos, which often feature Logan being pranked in some way by Josh; A video of Logan dancing in the shower, for example, has garnered over 11 million views.

At the beginning of this video, Logan explains why he’s decided to read cruel comments about himself on camera:

He then proceeds to read comments from his videos (He points out that he’s never read them before). The comments range from the fat-shaming (“It’s funny because he is fat.”), to the homophobic (“He scared the gay right out of him.”), to the violent (“I hope he dies.”). The most heartbreaking aspect of the video is the way that Logan’s expression and voice change as he reads. He starts confidently, clearly already expecting that the comments will be horrible. Within a short time, however, his words have slowed, he’s uncomfortable, and he’s barely able to look at the camera. It’s an upsettingly stark representation of what bullying does to people and how quickly it can shred one’s self-confidence.

In his intro for the video, Logan’s dad Josh writes,

As his dad I was very hesitant but he insisted that if there was a chance it could help someone then why not face his online bullies and try. I hope one day I have as much courage as he does.

By the end, Logan rallies a bit at ends with words of encouragement:

I hope that people don't bully other people online anymore, and that this helps. And people that have been bullied - don't let these words affect you. … There’s gonna be bad people in the world.

Many people have chimed in on the video’s comments to offer encouragement and support. And, because assh*les love being assh*les, others have simply piled on more abuse. Hopefully, Logan will be able to take the good and ignore the bad for the trash that it is.