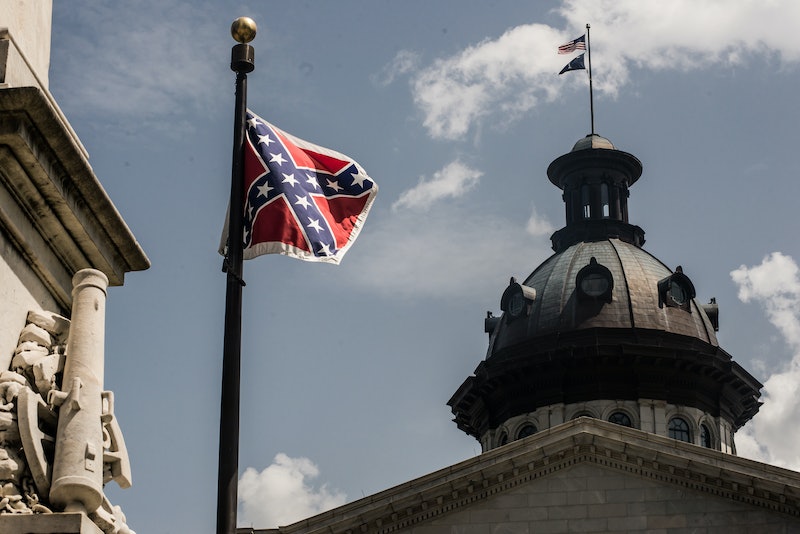 On Friday, a powerful symbol of the South's slave-owning history was finally removed from the South Carolina statehouse grounds. Following a vote from South Carolina's Senate and House, after the murder of nine black churchgoers in Charleston reignited the debate over whether the flag was appropriate to host, Governor Nikki Haley signed an order for the flag to go down. And go down the Confederate flag did Friday morning just after 10 a.m., when a procession of honor guards formally marched to the flag, pulled it down, and folded it before carrying it away. It will now be exhibited in a museum.

Crowds of people had waited hours for the flag to come down. At 10 a.m., Gov. Haley — who had openly called for the flag to be lowered after the Charleston murders and has demanded the death penalty for suspected shooter Dylann Roof — appeared and greeted officials and residents alike. Minutes later, the honor guards marched onto the scene, slowly moving toward the flag, which was housed behind bars in statehouse grounds. The Washington Post and ETV live-streamed the entire ceremony, which was widely seen as a symbol of a long-overdue separation from the South's racially charged history.