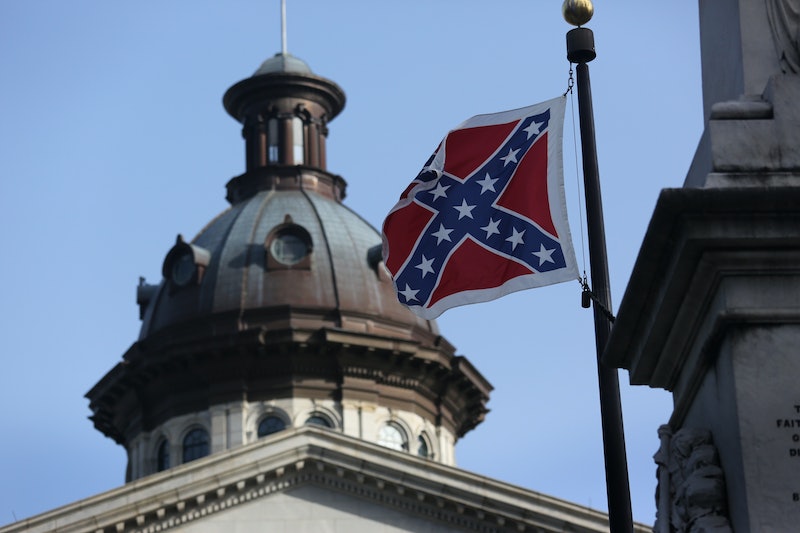 Friday is a historic day for the state of South Carolina. After more than 50 years of flying at the state's capitol grounds, the Confederate flag has been removed after a contentious legislative and social debate over the flag's history. The flag was lowered for the final time on Friday and will be taken to be put on display in the South Carolina Relic Room and Military Museum. This is, hopefully, a sign of what's to come in terms of social and governmental shifts in approaches to race relations, and could be precedent-setting for other states that still display the Confederate flag. An important event for so many Americans, the flag removal ceremony was moving, but there was also a sense of "it's about time."

The below video of the Confederate flag being removed in South Carolina, captured by C-SPAN, perfectly captures the tone that CNN reporter Don Lemon called this event a "motivator to do better."

Thousands gathered at the state capitol to witness the ceremony, where the South Carolina Deputy of Public Safety removed the flag. Emotions were mixed, some were crying, others were cheering, clapping, and singing. Some were even chanting "na na na na, na na na na, hey hey hey, goodbye." Goodbye, indeed.