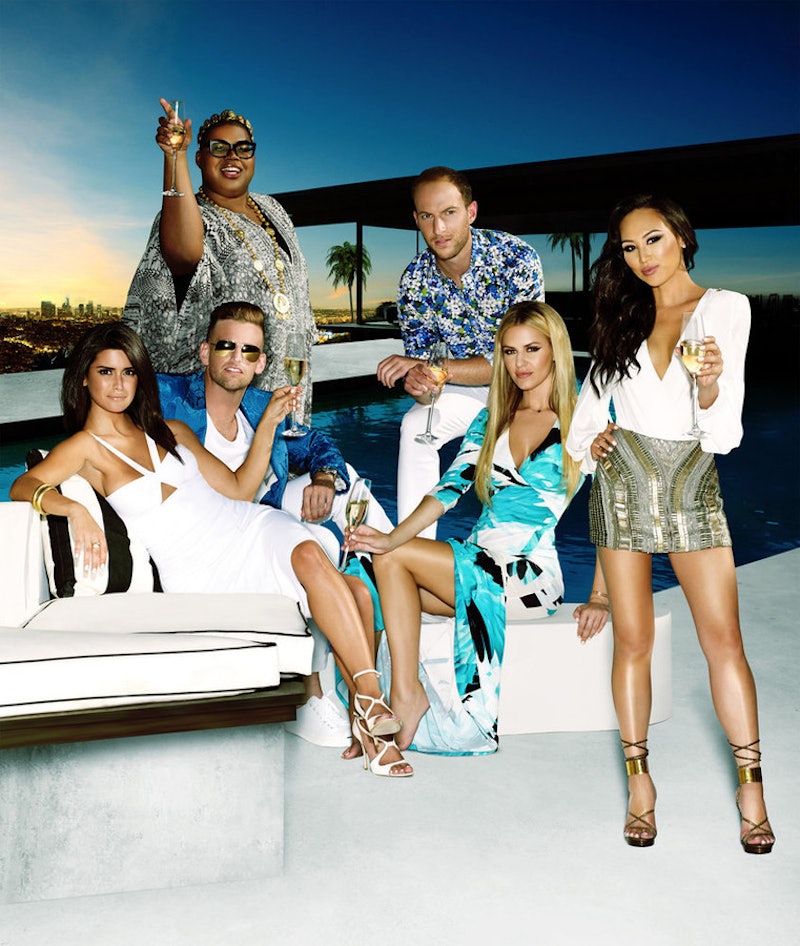 Whether you follow them on social because you love them or love to hate them, there's no doubt that the Rich Kids of Beverly Hills cast is young and hot. The lives they lead are extravagant, lush, dramatic, and would definitely be filed under "#LifeGoals" when I'm like 65-years-old, retired, and living in a compound in some sleepy Florida town making it rain like Kanye on any damn thing I want to buy. But let me just remind you for a second, the median age of the cast of RKOBH is 26. Yeah, so the "kids" of Beverly Hills are doing alright, if you ask me.

Here's how the Rich Kids of Beverly Hills rank in ages, because you can totally hit #LifeGoals at 26.

Jonny, at 27, has created a very successful music career (which we've seen on the show) for himself. He has had many artists perform his music has been performed on networks like MTV, VH1, and CBS (and again... 27).

Dorothy is totally the glue that holds the group together.

Roxy may only be 27, but she's created an interior design brand, designing some of the most beautiful (and totally chic) homes ever.

Brendan, as we see on the show, is a real estate agent in Beverly Hills. Fun fact: At the tender age of 19, Brendan closed his first transaction for $10 million.

The daughter of The Hoff is only 25 but has a gig as a musician and is the the managing editor and host of Bellus Magazine .

PLOT TWIST. EJ is only 23! Born June 4, 1992, which I had to point out because that's a few months younger than me and that blows my mind.