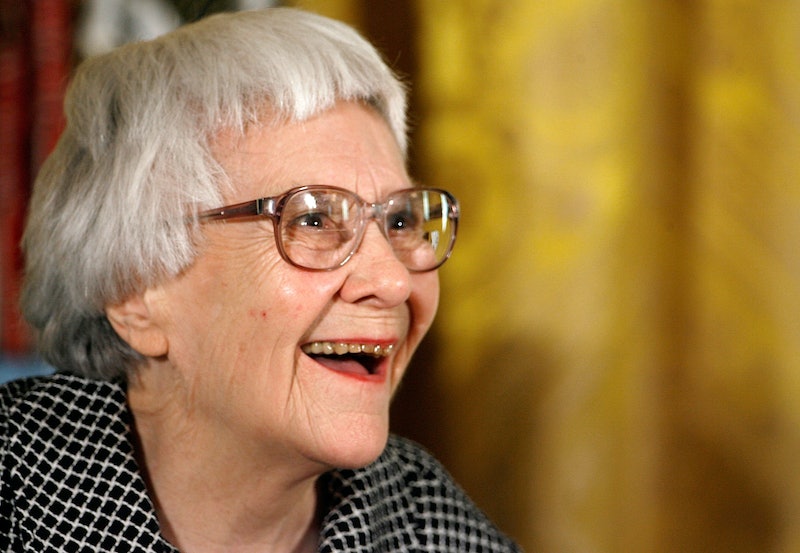 If waiting the next few days for the new Harper Lee novel to hit bookstores is tantamount to torture for you, then you're in luck because The Wall Street Journal has just published the first chapter of Go Set a Watchman . And this isn’t just some paltry offering to tide you over — this first chapter of the To Kill a Mockingbird sequel wastes no time introducing you to an older, bolder Scout, Mockingbird's punchy heroine.

In this first chapter, Scout is taking a train from New York to her native Georgia to see her father, none other than the Mockingbird’s famed hero Atticus Finch. Beware, however, because Scout’s nostalgia as she returns to home in this small excerpt will probably have you reaching for that weathered copy of To Kill a Mockingbird on your bookshelf. (And you can say goodbye to anything else but reading this weekend.)

But if a Mockingbird reread and a snippet of the new novel aren’t enough to get you through to the release date for Watchman on July 14, then you might catch the documentary film Harper Lee: American Masters airing on PBS on Friday night. According to a press release by WNET sent to Bustle on Wednesday, the documentary’s creator Mary McDonagh Murphy will be live-tweeting the documentary’s broadcast and answering fan questions on Twitter using the hashtag "#HarperLeePBS."

The documentary boasts “an unprecedented look at Lee's life,” a preview of Go Set a Watchman, and interviews with Harper Lee and her family and friends, as well as an up-close look at the South of Lee’s youth and the setting of To Kill a Mockingbird. Peep a look at the trailer for the documentary:

And if that still isn’t enough, there are reruns of the documentary every day through July 15. So go forth, book nerds, feel free to roll around gleefully in all things Harper Lee for the next few days. I won’t judge...