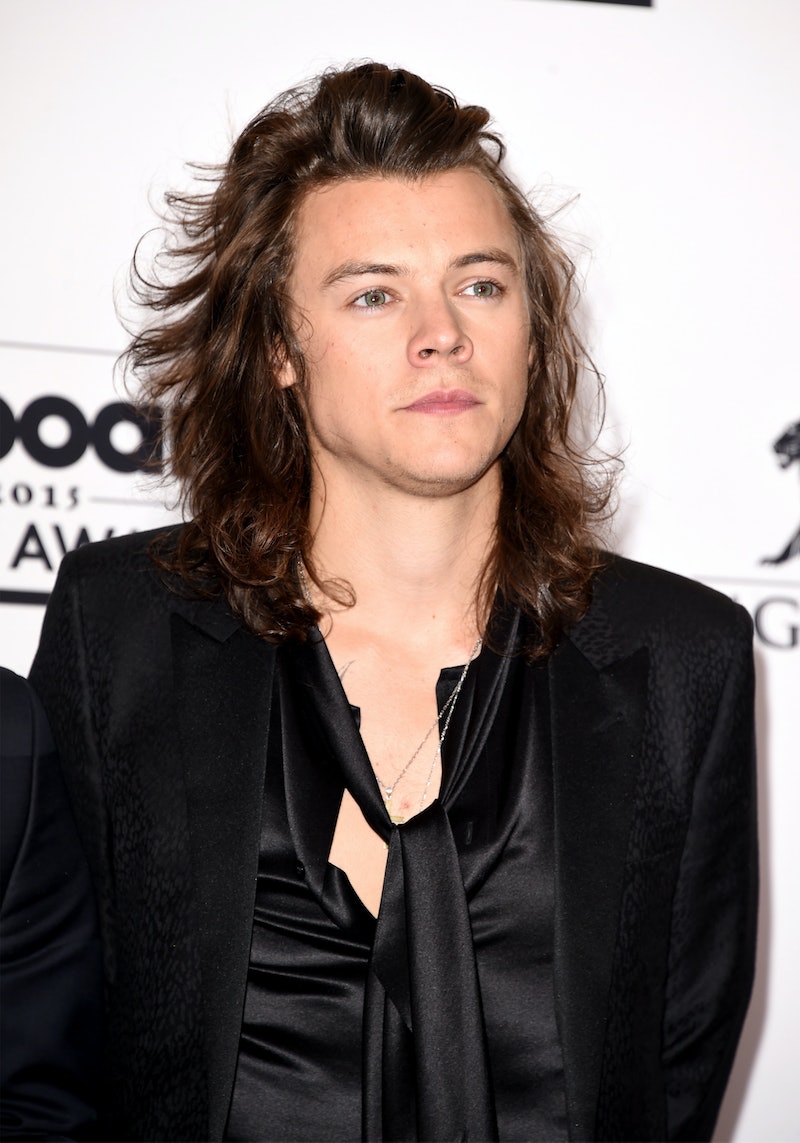 As the late, great Hannah Montana once said, "Nobody's perfect!" Harry Styles fell down during a One Direction concert on Thursday, and fans immediately got to work creating hundreds of wacky memes based on the disastrous incident. Well, in reality, I guess it wasn't that disastrous. As Billboard reports, the 21-year-old dreamboat "got right back up" after his spill and went on to "finish the performance" — which doesn't surprise me in the slightest. After all, Harry Styles falls down all the time . He's a seasoned pro at biting the dust! If you're even the tiniest bit familiar with 1D's best member — and you should be — you know his life is basically just a series of falls connected by brief moments of stumbling. It's almost as if he has sticks of butter strapped to his feet.

I'm not criticizing, though. In fact, I happen to think Styles' constant clumsiness is pretty darn adorable. When we eventually meet, I'll present him with a pair of pointy witch boots (you know the kind he likes) with suction cups affixed to the bottoms. Then, we'll sail off into the sunset together. Liam and Niall can come too, I suppose. Tragically, Louis’ invitation will get lost in the mail.

Below are Harry Styles' seven most hilarious falls... because he even makes falling down look good:

I know the camera angle makes it look like he fell off a cliff, but he really didn't.

See? He was just fine.

I'm not exactly sure what happened here. There appears to have been shaving cream all over the stage for some reason? Or something?

Ya gotta watch out for giant puddles. Ya just gotta.

He fought hard — but it was too late.