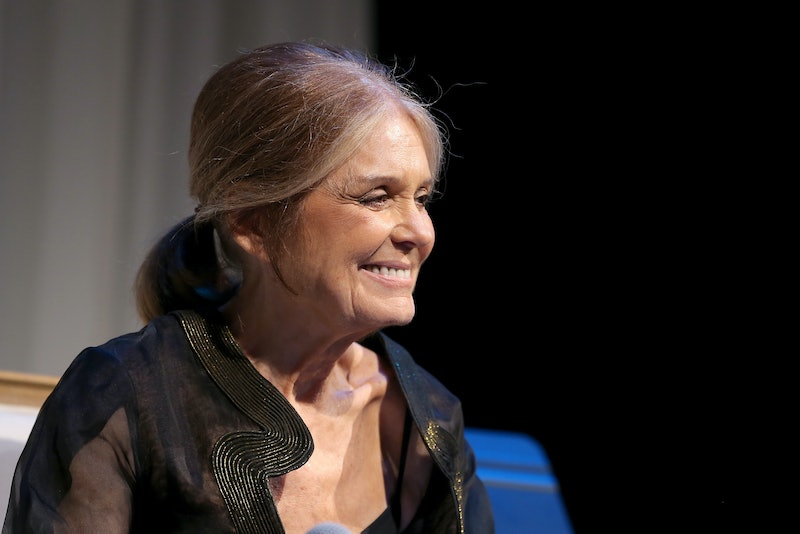 Fifty years ago, Gloria Steinem stood up for the advancement of women in an era that suppressed their independence. On Friday, she sat in support of 23 women who likely wouldn't have made the strides they have without help from the 81-year-old feminist icon. The movement that she's credited with starting came full-circle on Friday, as Steinem attended the United States National Women’s Team parade.

Thousands gathered in New York City to celebrate the 2015 FIFA Women’s World Cup Champion, the U.S. Women’s National Team, on Friday at 11 a.m. Crowds of New York residents, plus one celebrity feminist, supported the team’s 5-2 victory over Japan and threw ticker tape onto the women as they moved along Broadway from Battery Park to City Hall.

Approximately 3,500 people attended a 1 p.m. ceremony at City Hall Plaza, according to ABC 7. More than 12,000 people had requested tickets to this part of the event, where Mayor Bill de Blasio hosted a program for the players and gave a powerful speech on — what else? — gender equality, but a raffle narrowed down the attendees. However, Steinem surely had a reserved spot waiting for her to watch some more powerful women received their deserved glory.

It’s pretty fitting that Steinem was sitting front-row at this event, watching over the younger generation like a guardian of their rights. The activist still engages in a lot of advocacy, much of which consists of supporting other women. She empowers younger women at the Women’s Conference, led her own parade through the demilitarized zone between North and South Korea, and contributes her voice to the global discussion of women’s rights. Even when she’s not in the spotlight, she still has a powerful presence that adds weight to any event honoring female empowerment.

This isn’t the first time Steinem has held influence in the athletic world, either. She has a Women’s Sports Journalism Award and supported Billie Jean King in founding the first American magazine that focused on female athletes and the Women’s Sports Foundation, according to Peter Dreier’s book The 100 Greatest Americans of the 20th Century: A Social Justice Hall of Fame.

Steinem's accomplishments transcend the worlds of sports, journalism, and even feminism. Her chief gift has always been inspiration and support. Whether by speaking at a conference or putting on a Playboy bunny costume, she calls on women to be the best possible versions of themselves. Watching 23 defenders, midfielders, goalkeepers, and forwards become champions, she got see the effects of her lifelong pursuit of equality.

The hashtag that the USNWT has been using is #SheBelieves. The players signed an empowering letter to fans, explaining why they believe in other women. It said:

Young leaders such as the women who won the World Cup in Canada believe in their followers. New women's rights leaders believe in what their movement stands for today. And Steinem still believes in all of us. She believes.