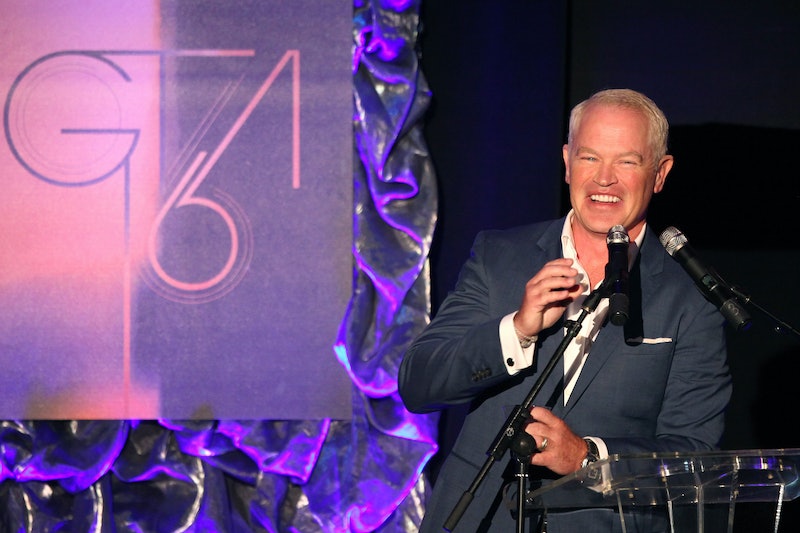 If you're a fan of the CW show Arrow, or even just DC Comics in general, I have some good news for you — and, if you're fans of both the aforementioned series, then I have double good news for you: Actor Neal McDonough is joining Arrowas Damien Darhk, meaning the beloved DC Comics character will make his first appearance in the CW series during Season 4. I told you you'd be excited. Ahhhh!

Of course, Darhk is a villain that's been long overdue to touch down in Starling City — and, after his arrival was teased at the end of Season 3, the anticipation has been at a fever pitch. The possibility of Darhk joining the series remained a mere rumor until Friday, however, when Warner Brothers. confirmed the casting in a statement:

Neal McDonough (Band of Brothers, Justified, Captain America: The First Avenger) has joined the cast of ARROW as a series regular for Season 4. McDonough will play the DC Comics character Damien Darhk.

Damien Darhk is a mysterious and sophisticated villain, and an adversary of the late Ra’s Al Ghul. Now the leader of his own clandestine group, this cunning foe will prove to be one of the Arrow’s greatest challenges.

If you're not familiar with the comic's canon, Darhk is also a member of H.I.V.E., which is a criminal organization consisting of supervillains who are responsible for the death of John Diggle's brother. He also has connections to Slade Wilson — who was killed in Season 3 — and is well known for his technical prowess thanks to the many weird gadgets at his fingertips.

In the comic book series, he's also described as particularly young — specifically, in his 20s — which was odd considering how established he was in the criminal world. It's worth noting that Darhk's age doesn't seem to be an element that Arrow has picked up, as McDonough is 46 years old with purely white hair.

His age is good news, however — McDonough is an established actor with a ton of really interesting roles under his belt, including the TV series Band of Brothers and Justified. He's also racked up a bit of superhero film experience in the form of a role in Captain America: The First Avenger.

Sounds pretty good to me. McDonough will join Arrow when it returns for its fourth season on Wednesday, Oct. 7, at 8 p.m. ET on The CW. Can't wait!