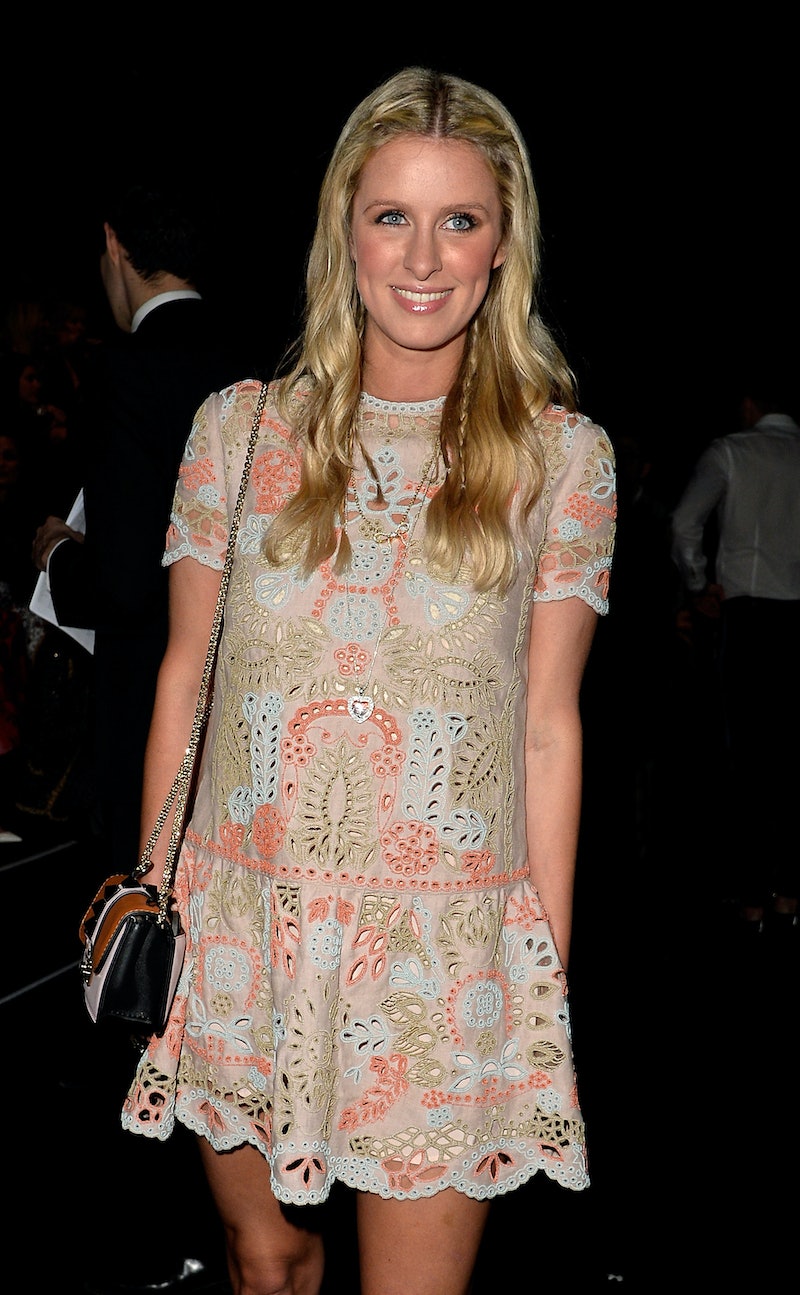 When a member of the Hilton family ties the knot, is it any surprise that the wedding is going to be one jaw-droppingly lavish affair? For all of the glitz, glamour, and outrageous luxury that the Hilton sisters have soaked up their whole lives, Nicky Hilton absolutely outdid herself with her Kensington Palace wedding to James Rothschild. The deliriously happy and ungodly wealthy couple (he's a billionaire too!) married at Prince William and Kate Middleton's home on Friday, June 10, and the bride wore a Valentino gown so haute couture it seriously rivaled Middleton's. Just look at that high collar and that lace. SO MUCH LACE.

Even though it's not exactly shocking that an insanely rich couple would decide to get married at an extremely posh wedding venue (to borrow an expression from the Brits), the fact that Nicky Hilton and James Rothschild married at Kensington Palace is one that definitely raised a few eyebrows, mostly because so many (like me) had no idea that non-royals could actually tie the knot there. So, why did Nicky Hilton get married at Kensington Palace? Well, I did a little bit of research (best job ever, for real) and came up with a few possible reasons.

The obvious answer here would be the fact that she is Nicky Hilton and Kensington Palace, is, well, Kensington Palace. Hilton, a socialite and fashion designer in her own right, hails, of course, from the Hilton family — the hotel giants worth about $3 billion dollars. And the historic (and historically royal) Kensington Palace is pretty much the ultimate fairytale wedding venue. Where else would an heiress choose to get married? Of course, Rothschild (heir to the Rothschild banking fortune, which may very well be worth a trillion freaking dollars) is from England, so I'm sure that was also a factor in the couple's decision to marry in London.

And here's the most interesting fact of all: You don't actually have to be a royal to get married at Kensington Palace. Hilton and Rothschild tied the knot at the Orangery, which was built in 1704 as a location for Queen Anne to "winter her orange trees" because that is a thing that royals did back in the day, according to the Palace's website. Instead, it was frequently used for classy Cinderella-esque balls and such, and now it is "one of London's premier wedding venues," its website boasts. In fact, the venue is "licensed for civil weddings and partnership ceremonies" and you can enquire about the site as a wedding venue for yourself right here, because you know that everyone ever is going to want to get married there now that people are aware it's an actual possibility.

^ Actual footage from the Hilton/Rothschild wedding.