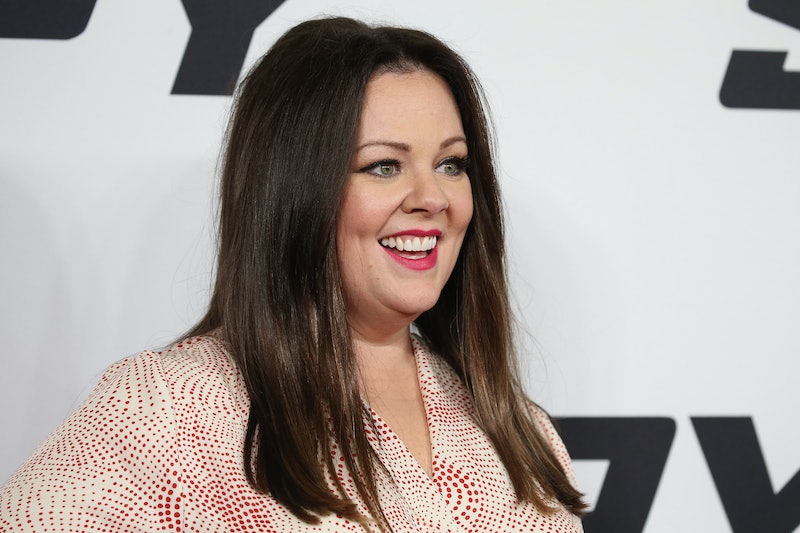 A year ago, most of us might have balked at the idea of a Ghostbusters reboot. Little did we all know, however, that director Paul Feig had lined up four of the funniest women in the history of anything to play the iconic roles, turning the movie prospect of a reboot into a bonafide must-see. Thanks to the casting of Melissa McCarthy, Kristen Wiig, Leslie Jones, and Kate McKinnon, the upcoming reboot looks downright amazing. This week, we all finally got a sneak peek of all four cast members in their new Ghostbusters uniforms — and the updated jumpsuits are giddily on point. Now that we've finally seen these four stars all geared up to fight the undead, my mind is racing about all the potential other cast members set to join the film. The originalGhostbusters is iconic, so what other actors could possible be cool enough replace the original supporting actors?

Of course, Feig likely isn't doing a character-for-character copy of the original two movies. Not only does the film focus on a completely different core cast, but I imagine it's unlikely that we'll see a return of the Stay Puft Marshmallow Man or that creepy Renaissance ghost that lived in that painting. But, if filmmakers do somehow manage to bring back major characters like Sigourney Weaver's Dana Barrett or Rick Moranis' Louis Tully, then they better do it right!

Don't get me wrong: after Bridesmaids, The Heat, and this year's Spy, I trust Paul Feig with, like, my life. Just in case he needs help with casting, however, here are my recommendations for the actors that should play characters from the original franchise, should those characters return.

The Ghostbusters really should have paid Janine more. Melnitz was the sassy glue that held that ramshackle operation together, and without her no-nonsense receptionist skills, that place would have fallen apart.

...Replaced By The Scary-Talented Jenny Slate

It was recently announced that the receptionist will be played by uber-hunk Chris Hemsworth (which will be its own version of amazing, I'm sure, not to mention extremely feminist). If filmmakers wanted to add in Janine Melnitz in some form, however, Slate is the basically the only person in the world who could pull off the role.

Busting ghosts is a full time job, so someone's gotta manage the money. In the original film, that person was eventually Louis Tully, the nerdy accountant whose unreciprocated love for Dana Barrett knew no bounds.

I've long thought that McBrayer was Moranis' long-lost love child anyway, so this makes perfect sense to me.

Slimer was a much bigger character in the cartoon series and comics than he was the movies, so the Ghostbusters director took it upon himself to voice the role.

...Replaced By The Versatile Vocal Stylings Of Maria Bamford

If they're even thinking of bringing Slimer back, they would be doing themselves a huge favor in casting Bamford. In addition to being one of America's most intelligent and unique stand up comics, Bamford has gotten a lot of work as a voice actor thanks to her uncanny ability to convincingly change the pitch, cadence, and dialect of her voice at whim. (Sidenote: If Disney ever reboots Aladdin, she should also voice the genie).

It's hard to imagine Dana having any reason to interact with this new batch of Ghostbusters. After all, her involvement in the first two movies was largely as Bill Murray's character's romantic interest, so explaining her presence in this new GB world would be a tall order.

But, like... if filmmakers do want to bring her back, what are they going to do, give the part to someone else? Do you hear yourself right now? It's Sigourney Weaver, for crying out loud. If you find some way to justify Dana Barrett's presence in this movie, you give the part to Weaver and then — like every other director in the history of film — you thank your lucky stars she deigned to appear in your little movie.

Ahem. Here's a peek at the rebooted uniforms: