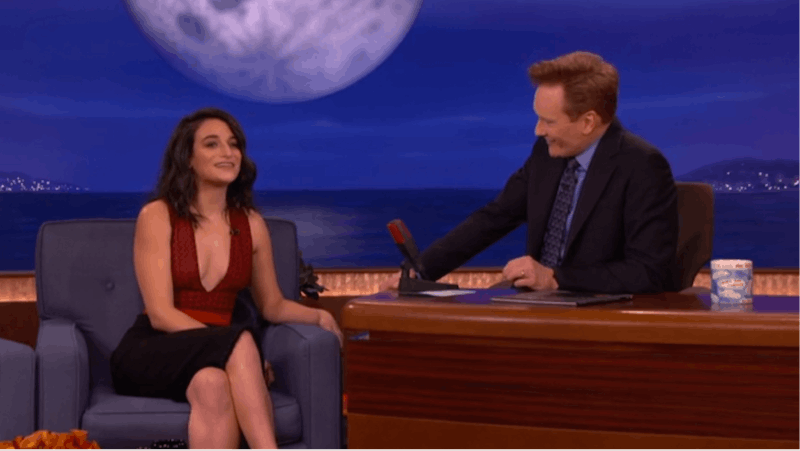 Regardless of where you grew up or what your favorite music genre is, I think I can safely say that we have all at one point in our lives gotten emotionally wrecked by Stevie Nicks' "Landslide." I, for instance, was raised on Goldfish crackers and The Dixie Chicks, so their "Landslide" cover was so much of a staple in our house that my sisters and I recycled it for every county talent show (that is, until the day it hit me that this song is actually kind of devastating, and now I cannot sing it without crying, DON'T LOOK AT ME). Fortunately the feels did not stop Jenny Slate from covering "Landslide" as Marcel the Shell on Conan, in what might just be the most heartwarming version in existence.

And in case you didn't know, the competition to cover that song is fierce. While Stevie Nicks will always prevail as the best singer of the Fleetwood Mac tune, Slate also has to contend with recent covers in the past few years by celebrities like Taylor Swift, Miley Cyrus (who recently sang it in honor of her deceased dog), and the cast of Glee (Gwyneth Paltrow managed to sneak into that one somehow but whatever). But even in the one line Slate sings as Marcel the Shell, you can tell that she'd knock the full thing out of the park. Also that she has the lung capacity to start a small tornado if she ever had the urge. It's no wonder that she is slated to voice her own Marcel The Shell With Shoes On movie, which has been promised to us although we have not gotten a release date yet.

The clip of her singing is below, but fair warning before you hit "play": Conan O'Brien is capable of many things, but imitating Marcel is not one of them, and you are about to learn hard and fast.