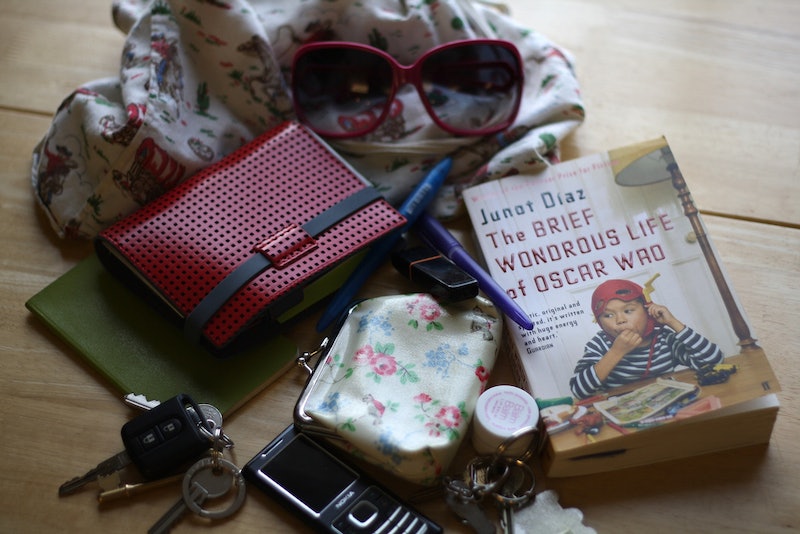 At my university, being an English major was like being a part of a tiny clique. Class after class, semester after semester, we'd sit next to one another and have a shared college experience. We faced and bonded over the same problems, from the people who didn't understand The Scarlet Letter to the ones who said we should have majored in something "practical." When one of us graduated and moved away for a job, it was proof that we would all someday succeed.

We needed the camaraderie. As a group, English majors are pretty misunderstood. Yes, most of us love books and reading, and some of us even love to write. No, most of us won't be teachers, thanks. And yes, we are qualified to do much more than proofread and teach. In fact, our skill set is diverse and highly marketable.

Obviously, all English majors are different. Some of us go in with the plan to use our BA degrees as stepping stones into law school, others want to be writers, and, yes, some of us do want to teach. But all of us have done these 23 things, because they're a part of the shared English major experience (which will totally be the name of my band whenever I learn how to play an instrument that isn't the kazoo).

Gotten Excited about the Syllabus

We're reading "The Rime of the Ancient Mariner" this semester? Hell yeah! You laugh, but — I kid you not — English majors are always ready to read a favorite text all over again. Conversely, we dread reading and writing about the ones we dislike. Getting the syllabus at the beginning of the semester is like opening the first holiday present of the year, and we're asking: Will it be a Kate Spade bag or socks?

Only Pretended to Do the Assigned Reading

This is such a rampant problem that I actually had one professor offer a solution to it, which he called the "Grad School Trick." Basically, the Grad School Trick entails randomly selecting a passage from the assigned reading you didn't do and commenting on it: "Dr. Jones, can you talk more about Saussure's assertion that everyone forms their own idea about what goes on in language? I found that very interesting." Every English major knows how to fake doing the reading, and every professor knows how to spot a faker.

Padded a Paper with Adverbs and Dependent Clauses

Strip a five-page paper down to Hemingway's standards, and you're left with a 3-pager. Do the reverse, and you can expand any essay to passable levels. It's the art of bullsh*ttery, and — when performed correctly — it can save your gravy.

Used "Transcendental" in a Conversation

Even if your academic focus was in British Literature, you got a taste of transcendentalism when you read your way through the Romantic period. But the American Lit crowd knows that Walden embodied every whimsical, impractical thing about Transcendentalism. And everyone remembers the woodchuck. Seriously, everyone.

Grown Tired of Explaining That No, You Aren't Going to Be a Teacher

Yes, being a teacher is a completely viable career path that thousands of brave, brave souls traverse. But it isn't for all — or even most — of us. As soon as we tell you we're English majors, we're braced with a response for the inevitable, "Oh, so you want to teach?" But it does get really tiresome, so if you could just stop asking, that would be great.

Gotten a Hand Cramp in the Middle of an Exam

English exams are rarely multiple choice. In the span of 20 short answers and two or three essay questions, you can bet your hand will cramp up from the furious writing. I'm flexing my fingers now just thinking about it.

Covering a classmate's paper in red ink isn't fun, but exposing another person's grammatical errors is part of the peer-review game. It helps you both grow as writers, theoretically. That doesn't stop you from feeling particularly evil when you hand back their paper like, "The first sentence was good."

I've seen quite a few people drop out of the English program because it wasn't what they expected, and that's OK. But seriously, you should never choose your career by following the path of least resistance. Also, calling our major "easy" is a backhanded compliment to those of us writing a 25-page mini-dissertation on topics like the censorship of German fairytales in English translation or the connection between The Handmaid's Tale and the abjection of menstruation.

Typing up those long papers will get you one thing, and it isn't a degree. Carpal Tunnel is no joke. From midterms forward, English classrooms fill with wrist braces and stress balls. And trust me: nobody makes it out without this condition. Nobody.

Making meaning out of a text is all part of the English major game, but sometimes you just hit a wall. It might be burnout, or just a general lack of interpretative tools, but every English major will have this problem at least once. Thankfully, most professors will try to help you out if they can.

Broken Down Crying in a Professor's Office

Whether it's your grades, finals, grad school, or just life in general, sometimes all you can do is cry about it on an understanding shoulder. Every English major I know has done this at least once, and their professors have, in turn, offered tissues, tea, sandwiches, and sage advice to alleviate the stress.

Stopped Trying to Decide What to Do with Your Life

Don't want to teach, can't code, and no one will hire you to read books, drink coffee, and sleep. What's an English major to do? Sometimes wrapping yourself up into a blanket burrito and ignoring your problems is the only option.

Broken a Bag from the Sheer Weight of Your Book Load

This happened to me walking into class late on a Monday. Thank God the professor just shrugged it off and said, "It's Monday." After that incident, I dusted off my Jansport and never looked back. So, advice for new English majors: buy a damn Jansport, and buy a big one.

Yes, some unicorns perform equally well in both the humanities and the hard sciences, but most of us find our strong suits to be a bit more compartmentalized. While the beauty of a liberal arts education lies in your ability to pick and choose which classes to take, the sad reality is that you will eventually have to take a course you hate in order to satisfy a degree requirement. Brace yourselves, English majors: math is coming, and the word problems will have grammatical errors.

Laughed at Someone from a Different Major Complaining About Writing Assignments

"Ugh, can you believe we have a five-page paper to write for that class?" No, what I can't believe is that you're complaining about it while I'm outlining my 20-page midterm.

Napped in the School Library

No, all English majors don't live in their school libraries, but we do spend heavy amounts of time there. Sometimes exhaustion sets in, and the walk to your dorm just isn't worth it, especially if you've been looking at books you can't check out. When that happens, it's time to stretch out on the couch or curl up in a study carrel and sleep while you can.

Picked Your Favorite Book for a Writing Assignment

University is hard — even for those in an "easy" major — so it's absolutely OK to take the easy way out every so often. You'll eventually have a few books to fall back on when you need a quick argument for a looming deadline, and, if they weren't before, those books will become your favorites.

Learned That Anything Can Be Analyzed with Marx and Freud

Like those books, Karl Marx and Sigmund Freud will become your favorite theorists. Why? Because their work is applicable to almost anything. Finding worker alienation or an Oedipal complex in a text is a cinch. Although it's important to work with other critical theories, knowing Marx and Freud will make any English major's life a lot easier.

I quit smoking during my last semester of college, inviting a lot of people to ask, "Why would you choose to do that now?" It's a valid question, and, to be fair, my coffee consumption has increased by 300 percent since I gave up the demon nicotine. I don't know how I would have made it through college without those substances, though. While I strongly encourage you to give up your noxious vices, I understand the English major's need for them.

Cried in a Workshop

Some professors like their writing workshops to play out like The Hunger Games , going by the old adage that it isn't a successful workshop until someone cries. It doesn't take this kind of sadism to make students break down in tears, however. Writing workshops are where English majors are at their most vulnerable, so — whether you're sharing life-writing or vampire erotica — it doesn't take much to bring out the tears.

Pulled an All-Nighter to Finish a Paper

Granted, probably every college student has done this at least once. But for English majors — who, as we have already established, write really effing long papers — knowing how to successfully complete all-night writing jags is a survival skill.

Found the One Canonical Author You Just Plain Hate

Every English major will eventually meet their absolute least-favorite author. Whether yours is Jane Austen, Charles Dickens, or John Keats, there's absolutely no reason for you to feel the need to defend yourself... OK, wait, no. Why do you hate Keats?

Some folks may not know this, but authoring a book is basically a prerequisite to becoming an English professor. English majors know what their professors specialties are, and each of us has sneaked a peak at a favorite instructor's book in the university library. Some of us even buy copies of their books online, because — even though we're at different stages in the game — that English major solidarity is still important.