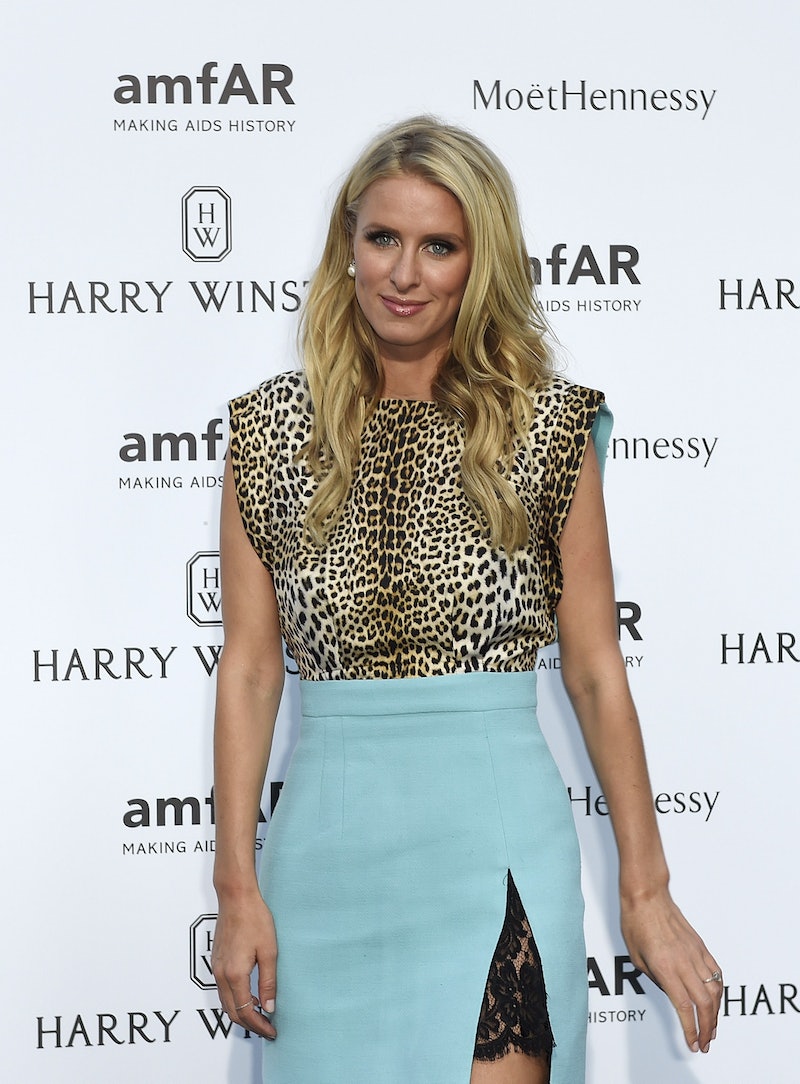 As you may have heard, on July 10, Nicky Hilton married James Rothschild, a British banker and Rothschild heir. Back in 2004, however, when Hilton sister fame was at its peak and Von Dutch hats and Juicy sweats were all the rage (and I admittedly read Paris Hilton's "memoir" cover to cover), Nicky Hilton married Todd Meister, a man with a mischievous last name who was 13 years her senior. Their blink-and-you-miss-it marriage (which went down in Vegas and lasted for all of three months) was one that made headlines — almost as many as their subsequent annulment.

This time around, however, Nicky Hilton certainly got things right. Hilton and Rothschild wed in a beyond lavish wedding at Kensington Palace. The wedding itself was literally a fairytale (as is that jaw-dropper of a Valentino gown she wore) and so is the heiress' entire relationship with Rothschild, who is clearly a much better fit for her than Meister ever was. While there's really no comparison between the guys (but there obviously is, because they both married Nicky Hilton), James Rothschild is better for Hilton than Todd Meister in pretty much every way possible. And it's not just because he's richer than holy hell. (I promise.)

1. They've been together way longer than her first marriage even lasted

After meeting in 2011, Rothschild and Hilton dated for three solid years they got engaged. And the rest is history!

#ByeToddlicia, because James Rothschild comes from a family who is reportedly worth TRILLIONS OF DOLLARS. One site even claims that the Rothschild fam is the wealthiest family in human history.

And much better-looking. Yeah, I said it.

4. And the two are absolutely adorable together

Just look at that kiss.

5. He proposed in literally the best way possible

By getting down on one knee while on vacation in Lake Como, Italy like it's #NBD. Of course, this is after he straight-up flew to the U.S. from London to ask Hilton's father's permission first.