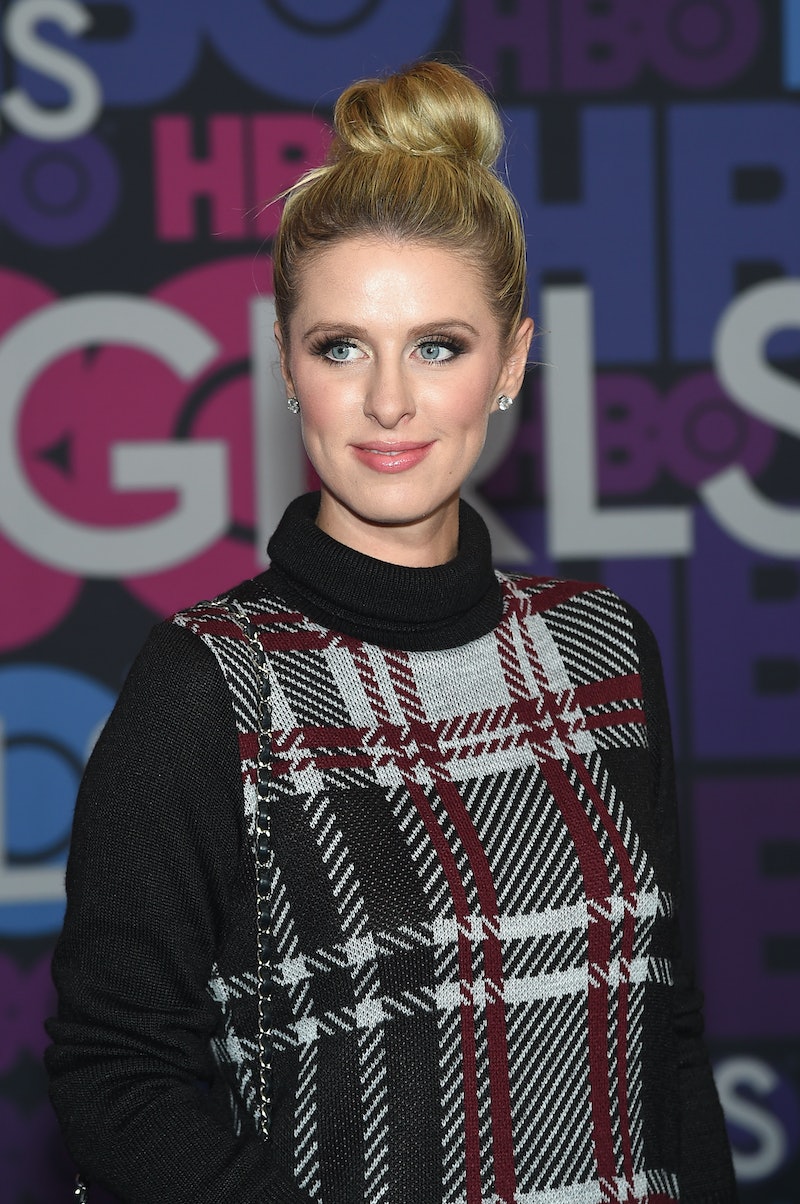 No, this isn't a prank, unlike that Paris Hilton plane crash video. According to E! News, Nicky Hilton and James Rothschild are married. The two tied the knot at Kensington Palace's Orangery, the dining area within Kensington Gardens located next door to Prince William and Kate Middleton’s home that is used for weddings and receptions. The venue was built in 1704 for Queen Anne and her orange trees.

E! reports that the wedding is a three-day event, including cocktails at St James' Spencer House on Thursday, a black tie ceremony and reception on Friday, and then a casual lunch will be held on Saturday at The Orangery restaurant. According to Paris Hilton, who spoke with People over the Fourth of July weekend, her sister and James "are just perfect for each other."

Paris also teased to People that her sister would be tying the knot sometime during the second week of July 2015. She said, "I'm so excited. I can't believe that it's next week. I can't wait. She's going to be such a beautiful bride. They make the perfect couple and I cannot wait to be the maid of honor."

Nicky and James got engaged in August 2014, so it's almost been one year since the proposal. The couple met in 2011 after meeting at Petra Ecclestone and James Stunt's wedding in Italy. Just like their wedding, the proposal was super romantic. As a source told Us Weekly in August 2014, James popped the question to Nicky in the middle of Lake Como. So, basically, the exact way most proposals go...

In addition to Nicky's family, including sister Paris and mother Kathy Hilton, E! reports Real Housewives of Beverly Hills star Kyle Richards (aunt to both Paris and Nicky) was in attendance with her family. As for Kyle's sister Kim Richards, she was not there, as she is reportedly in rehab for substance abuse.

There's no doubt Nicky and James are over the moon for one another. Congrats to the happy couple on their exciting news!