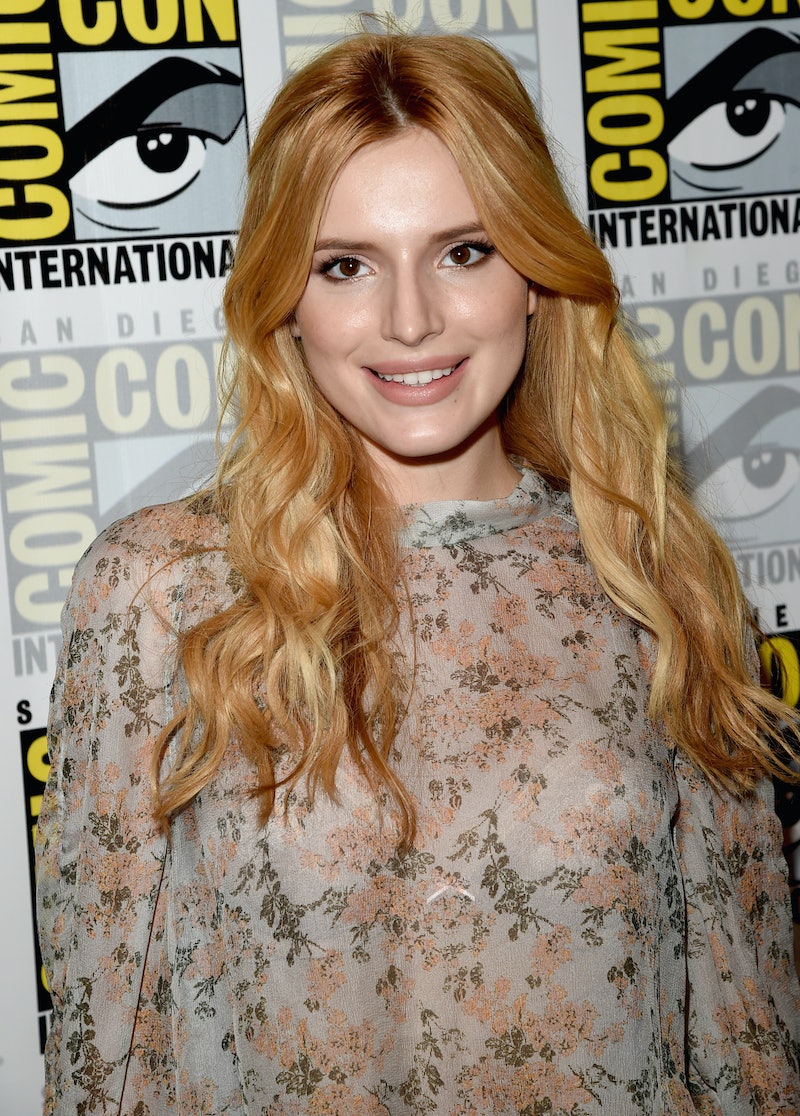 Comic Con is in full swing this weekend in San Diego and celebrities, from Jennifer Lawrence to Ashley Benson, are flocking to the San Diego Convention Center in droves. While it might not seem like Comic Con is a place for superb style choices, this year's attendees are definitely making the Comic Con red carpet a go-to style destination, and Bella Thorne's amazing Comic Con style is leading the charge.

The former Disney channel star has been killing it this weekend with her fashion choices. As a star of MTV's Scream, she attended the event for a panel discussion about her character's return to the show through flashbacks, since her character was abruptly killed off only two minutes into the show.

Thorne made her panel appearance in a flirty long-sleeved floral romper that was sheer on top. She paired her jumpsuit with half-up boho waves, golden eyeshadow, and some strappy feathery heels that would give even Carrie Bradshaw serious shoe envy. Her flowery summer look is definitely fun and youthful, but it also gives off an aura of sophistication, which is impressive considering Thorne is only 17-years-old.

Thorne also hosted the MTV Fandom awards on Friday night in a yellow and black beaded mini dress with an attention-grabbing plunging neckline. The intricate pattern on her red carpet frock coordinated perfectly with a pair of bedazzled black pumps.

Following her red carpet appearance, Throne made a quick outfit change before hopping on stage to co-host the show, this time taking a more casual approach. She paid homage to her Scream role with a Scream t-shirt paired with a body con white skirt and a seriously sick pair of black gladiator sandals that almost reacher her knees. Thorne may only be 17, but her Comic Con weekend style proves that she is wise beyond her years when it comes to fashion.