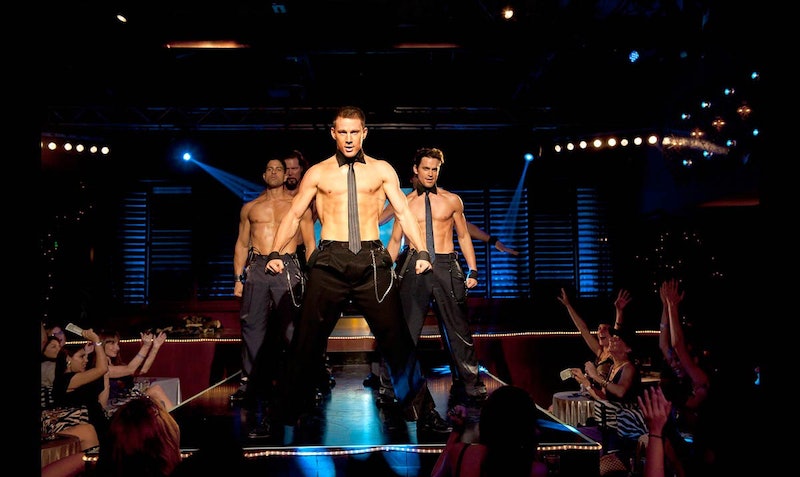 The phenomenon that is Magic Mike XXL is out in theaters and the major question on everybody's mind is, of course, what to the grandparents of America think. And here to answer that question are the Fine Brothers and their "Elders React to Magic Mike XXL" video. And plot twist: senior citizens are very into the male strippers. Even the men.

In the video, ten different senior citizens watch the trailer for Magic Mike XXL and then answer some questions related to the film. And surprisingly, most of the people on the video don't seem shocked or horrified by the heavily sexual film. Instead, they seem to consider it to be all in good fun. Plus quite a few had already heard of the franchise.

Overall, the seniors took a rather egalitarian view of the film. When asked about how they felt about having a film about male strippers, even though most films were about female strippers, the general consensus seemed to be that it was good to have more gender equality. A few even stated that they might like to see it — and some of the women confessed they had been to a male strip club in real life.

But the best part of the video is watching the participants during the trailer itself. Here are 6 priceless reactions.

"Are You Sure I'm Not Watching a Sex Video?"

Everyone can appreciate Channing Tatum.

You are not alone.

"You Make Me Jealous."

"I Wish I Were Young Again."

For more perfect reactions and more of these elders' thoughts on the film — and strippers — check out the full video.

More like this
Meet The Disney Imagineer Bringing 'Guardians Of The Galaxy' To Epcot
By Charlie Mock
TikTok Is Using A Kendrick Lamar Song To Post Thirst Traps
By Courtney Young
What Does “Gatekeeping” Mean On TikTok? The Viral Term, Explained.
By Courtney Young
TikToker Kate Glavan Has The Antidote To The “Hot Girl Walk”
By Alexis Morillo
Get Even More From Bustle — Sign Up For The Newsletter