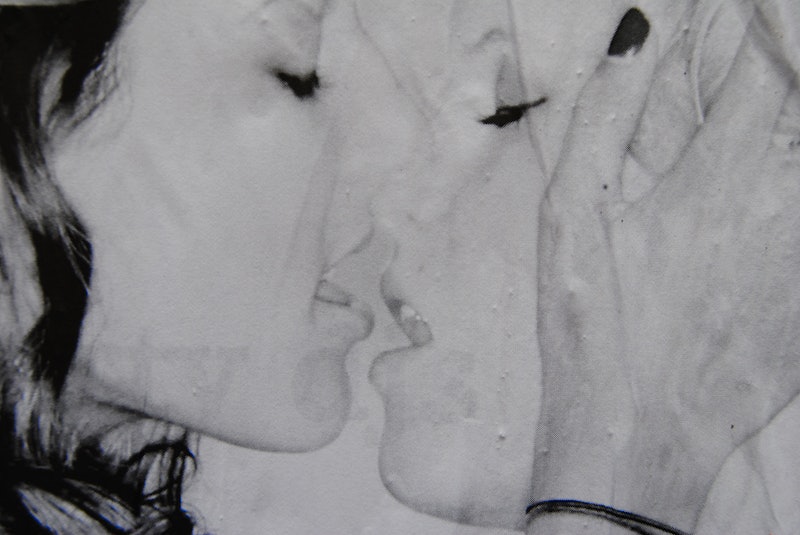 I always thought the practice of kissing was a little strange. Okay, honestly, the whole process grosses me out. In fact, it's the only time that we as a culture do not consider what's inside people's mouths to be gross. Well, finally, I am vindicated — and by science: Romantic kissing isn't a universal custom. In the largest cross-cultural meta-analysis of kissing performed to date, only 46 percent of the 168 cultures studied practiced romantic kissing. Mysteriously, the more socially stratified a culture was, the more likely kissing was to be a part of it.

We may expect this proportion to be higher, the authors suggested, because previous studies have conflated romantic and non-romantic kissing. This one didn't count, for example, parents kissing their kids on the forehead. Another source of our misunderstanding may be "Western ethnocentrism — that is ‘the belief that a behavior currently deemed pleasurable must be a human universal,’" the authors explain. As a result of self-centeredness and ignorance of other cultures, Westerners assume that what we grow up witnessing must exist everywhere, even developing theories as to why customs like kissing are instinctual.

So, here are a few more supposedly natural sexual behaviors that are not, in fact, universal. Let's not let our ethnocentrism prevent us from acknowledging that other cultures might see and do them differently.

1. The Sexualization of Breasts

While scientific theories abound as to why men are obsessed with breasts, the truth is that in many cultures outside the U.S., they aren't. In many parts of Africa and the South Pacific, women don't cover their breasts up, and men don't make anything of it. Even in Western history, most artistic depictions of breasts have had maternal rather than sexual significance. And while we're at it, not all cultures prefer large breasts, either (heck, not all people in our culture prefer large breasts, for that matter). There's no evolutionary reason we should; larger breasts don't produce more milk, which makes sense given that other species have much smaller breasts than humans and yet their children aren't malnourished.

2. A Preference for Large Penises

3. The Concept of Sexual Orientation

The practice of labeling people as gay, straight, bisexual, or any number of orientations hasn't always existed and still doesn't exist everywhere. The term "homosexuality" was coined in the 19th century. Of course, people were having same-sex sex long before that, but the practice wasn't considered indicative of a permanent trait or condition. Once again, the ancient Greeks are prime examples of this phenomenon. One ancient Greek biographer described an Athenian general: “In his adolescence he drew away the husbands from their wives, and as a young man the wives from their husbands.” It was normal for husbands as well as wives to fall under his spell, and it didn't make them gay. Even cultures that do categorize sexual orientation sometimes do so in very different ways from the West. One study on a Brazilian fishing village revealed that men were categorized by whether they were tops or bottoms, not whether they had sex with men, women, or both.

4. The Assumption That Men Are More Sexual

Of course, if any of these customs or beliefs resonate with you, there's nothing wrong with that. But own it as a personal preference rather than a universal human tendency, and it'll be easier for those who beg to differ to own their preferences as well.

More like this
Help! My Partner Only Wants Sex Late At Night & Won’t Compromise
By Sophia Benoit
Ask A Sex Therapist: Is My Sex Fantasy Normal?
By Madison Malone Kircher
The Most Compatible Life Path Numbers, According To Numerologists
By Kristine Fellizar
The 3 Most Compatible Matches For Life Path 1s
By Kristine Fellizar
Get Even More From Bustle — Sign Up For The Newsletter