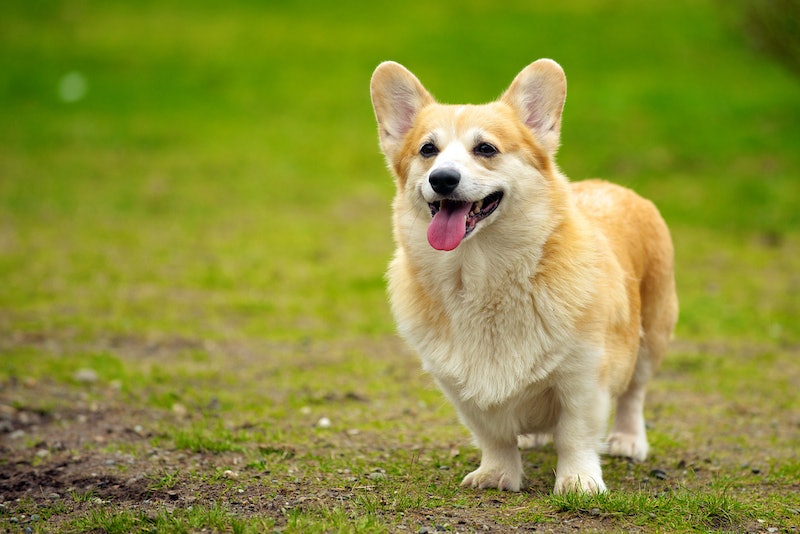 Sometimes you just need a daily dose of corgi in your life to get through the day, and Vanity Fair really stepped up to the plate with "The Loyal Royals," a video that offers a brief history of the royal corgis. If you've ever wondered exactly how corgis came to be the preferred dog breed of the British Royal Family... well, this video should answer all your questions (or at least provide a good springboard for more research, because there is no research like corgi research).

It's honestly hard to think about Queen Elizabeth II without associating her with her favorite dogs. She's without a doubt the world leader who is most easily identified with a particular animal. I mean, I'm sure President Obama loves Bo, but there's certainly not the same sense of camaraderie between the two of them as there is between Her Majesty and Her Majesty's Puppies.

The kind of corgis owned by the Queen, which are formally known as Pembroke Welsh Corgis, are hilarious looking, with long bodies and tiny legs. Although the Pembroke Welsh Corgi is the newer breed of corgi (as opposed to the Cardigan Corgi), it has still been around since 1107 AD. According to the American Kennel Club, corgis are generally healthy and highly athletic dogs; they're also known for being easily trainable and good around children and other dogs, although they do sometimes try to herd people (which makes sense, given their herding roots).

Corgi lovers, like the queen, tend to be diehard, but the rest of us might not know as much about the adorable dog breed. Watch the whole VF video below, but first, check out these seven things you probably didn't know about the royal corgis.

She got her first one when she was just seven years old.

2. Her First Corgi Shared a Name With a Green Day Album

Somehow I don't think the two are related.

How magical is that?

5. The Name Has Cool Etymology

6. Her Current Corgis Have Great Names

Holly and Willow are actually what I want to name my unborn children now.

Watch the whole thing here and prepare to melt: