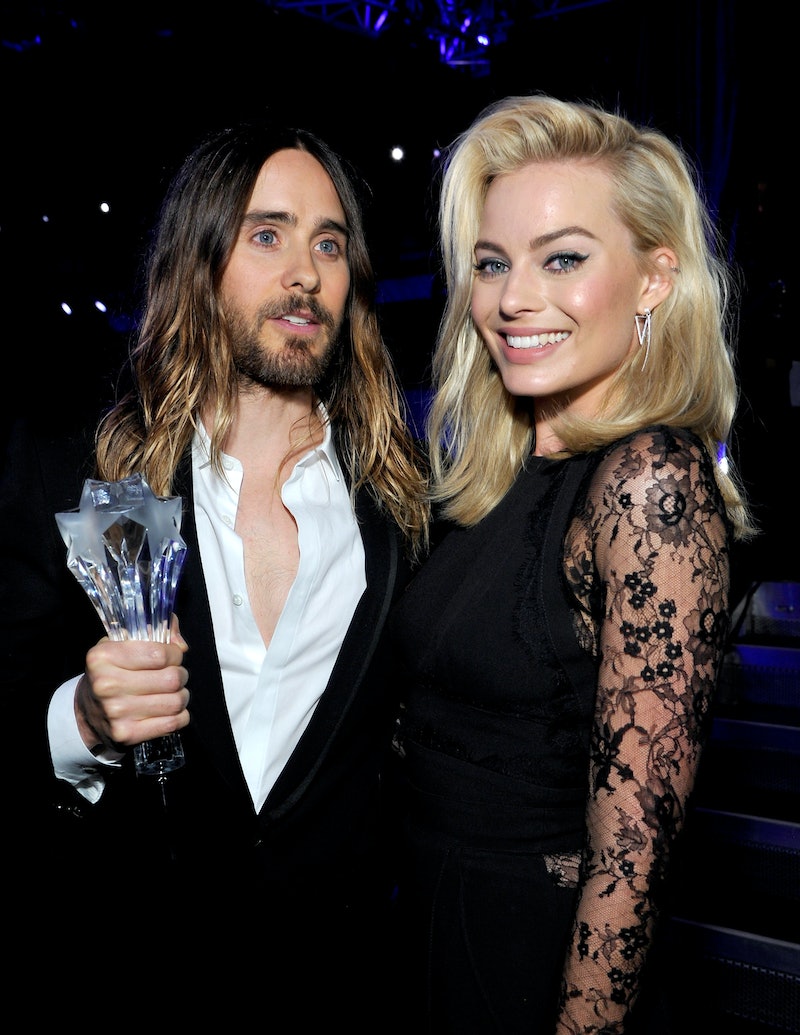 If there's one person you may not want to participate in a Secret Santa with, it's Jared Leto — unless you're really into rodents, of course. According to Margot Robbie's interview with Elle Magazine, her Suicide Squad co-star Leto gave her quite an interesting present in honor of their characters. According to the actress, who will play Harley Quinn in the upcoming film, Jared Leto gave Margot Robbie a rat in honor of the bond between their characters. Leto, who is playing Harley Quinn's lover The Joker in the new film, apparently got so in character that he sent his onscreen girlfriend a black box with a live rat inside — and Robbie kept it as a pet!

The gift may have come from Leto, but it was likely signed from The Joker — it's no secret that Leto gets pretty involved in his craft and his characters. He sent co-star Will Smith bullets (Smith is playing Deadshot in the upcoming flick) and sent the entire cast a dead hog, all courtesy of the Clown Prince of Crime. While I'm not sure what the rest of the cast did with their gifts, Robbie kept her rat (affectionately named "Rat Rat") because her character Harley would cherish anything given to her by her criminal lover.

A Gift Card To A Tattoo Parlor

Leto's Joker is covered in tats, you know he'll get the gift card for the best artist in Gotham.

Apparently this version of the Joker is way into teeth jewelry. Go figure.

It's the gift they both can use!

A Vial Of Blood

Hey, it worked for Angelina Jolie and Billy Bob Thornton.

It's the perfect catch-all for when you have no idea what to get someone. Plus, it is an open flame — bring on the chaos.

Check out the new footage for Suicide Squad below: