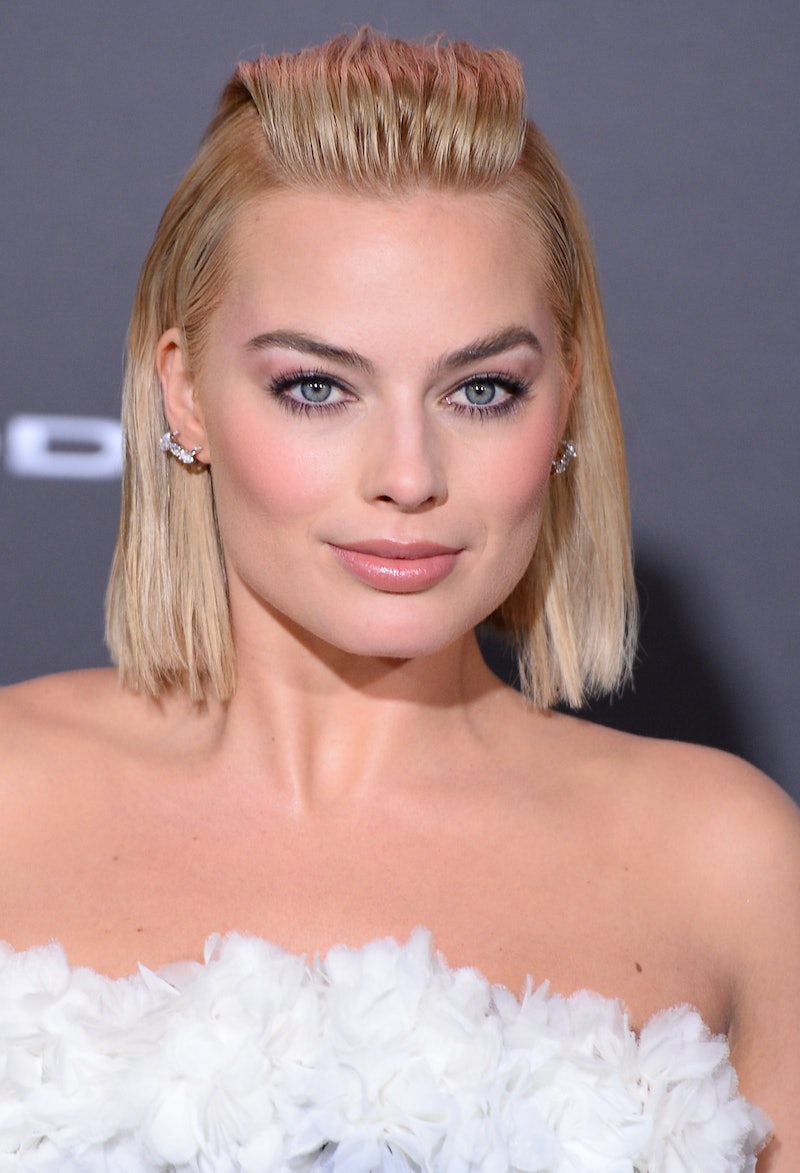 Margot Robbie is one of the most in-demand young actresses in Hollywood. The Aussie star made a big impact on American audiences in The Wolf of Wall Street and she's soon to be seen in the upcoming DC Comics action film Suicide Squad as Harley Quinn. Robbie is currently dating filmmaker Tom Ackerley, and recently, rumors have been flying that they're either engaged or married since both have been spotted wearing what appear to be wedding bands on their ring fingers. They've only been together for a little over a year, but their PDA would have you believe it's been much, much longer. So is Margot Robbie married to Tom Ackerley? Well, nothing has been confirmed... yet.

Back in June, the actress was photographed in Toronto wearing a simple gold band on her left ring finger. A few days later, Ackerley was seen wearing a nearly identical band on his left ring finger as well. More recently, Robbie made sure to conceal her left hand as she arrived in London's Heathrow airport. They could either both be rocking simple engagement rings, weddings bands, or if they're going for the middle school puppy love thing, promise rings.

Neither Ackerley nor Robbie have confirmed or denied the rumors. Bustle has reached out for Robbie's rep for comment, but has not yet heard back. What can't be denied is that the couple continues to be super lovey-dovey towards each other.

Take a look at the "evidence" of a possible marriage or engagement below:

And now get ready to puke at just how adorable they are together:

Celebrities! They're just like us! Except when I'm at a hockey game I'm enjoying cheap beer in the nosebleeds.