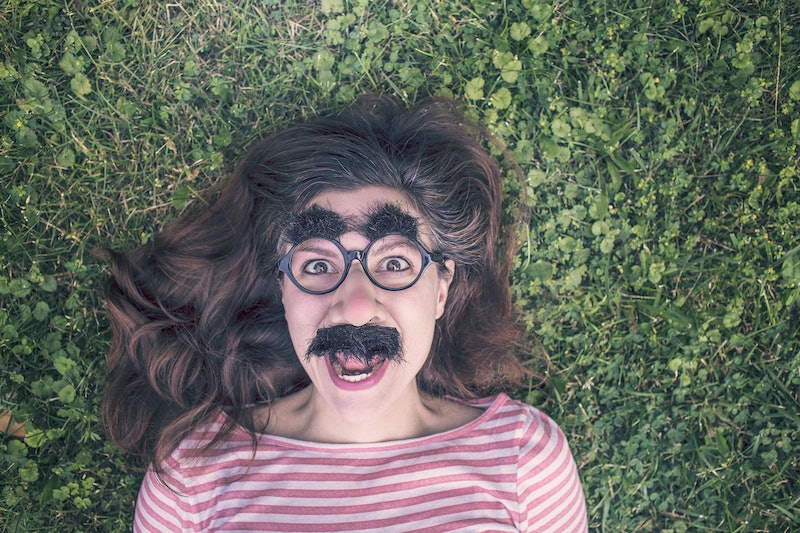 Beauty is subjective — we all know that much. Some people like blondes, others redheads. Some prefer green eyes, while others want to dive into baby blues. The hard truth, as cheesy as it sounds, is that everyone is beautiful in their own way. But that doesn't stop scientists from researching the generalities of attractiveness, and let's be real: It's fascinating to learn more about what features people find most attractive and perceptions of beauty, especially in a society as seemingly shallow as ours, with its rigorous beauty standards and body-policing.

Despite the fact that beauty is certainly in the eye of the beholder, science can enlighten us as to what, generally speaking, both sexes find appealing. A new study by the Universidad Autónoma de Madrid in Spain aimed to explore men's and women's perceptions of attractiveness, especially with regard to facial features, and what the men found most attractive proves that biology trumps all when it comes to standards of beauty.

The study used 266 female undergraduate students, aged 18-30, whom researchers had report their self-perceived attractiveness. Then, 44 straight men rated the attractiveness of the participants from their pictures, which were taken in black-and-white, with each individual looking straight into the camera with a neutral expression. Among other things, the study explored traits such as facial symmetry, femininity, youthfulness, and averageness (which here means the closeness of a face to the population average).

The women filling out the self-perceived attractiveness survey rated themselves on a scale of one to seven, with one being the lowest possible score and seven the highest. The men, when rating the pictures of the female participants, rated them on a zero to ten scale, with zero being "not attractive at all" and ten being "extremely attractive."

Both the men's perceptions of the women's pictures and the women's self-perceptions of attractiveness were influenced at a similar rate when it came to facial symmetry, meaning that both sexes thought it was important and desirable. Though having a perfectly symmetrical face might seem over-glorified (and unattainable for the Everywoman), it has biological roots. Many species seem to value facial symmetry when choosing a mate, because it is indicative of developmental stability.

Although no other factor significantly impacted the women's self-perceptions, men's perceptions of the pictured women were also influenced by two other traits: averageness and youthfulness. Surprisingly, men preferred faces that were closer to the average face of the population, rather than more "unique." Science has a reason for this, too — averageness is linked to heterozygosity (a word that I definitely didn't have to Google). Essentially, high heterozygosity means lots of genetic variability, while low heterozygosity means little genetic variability, and can be attributed to things like inbreeding (yikes).

The study also found that men were attracted to more youthful faces, which supports the long-standing idea that men prefer to date younger women (or younger-looking ones, at any rate). But an affinity for a youthful face also has roots in science. Youthfulness is a sign of fertility and health, two things men are biologically programmed to want in a mate and potential child-bearer.

So even though we're barraged daily by impossible beauty standards, at least science can somewhat comfort us with the knowledge that shallowness has legitimate, concrete, biological reasoning. At the end of the day, just remember that no matter what society — or even science — says, you're beautiful just the way you are.