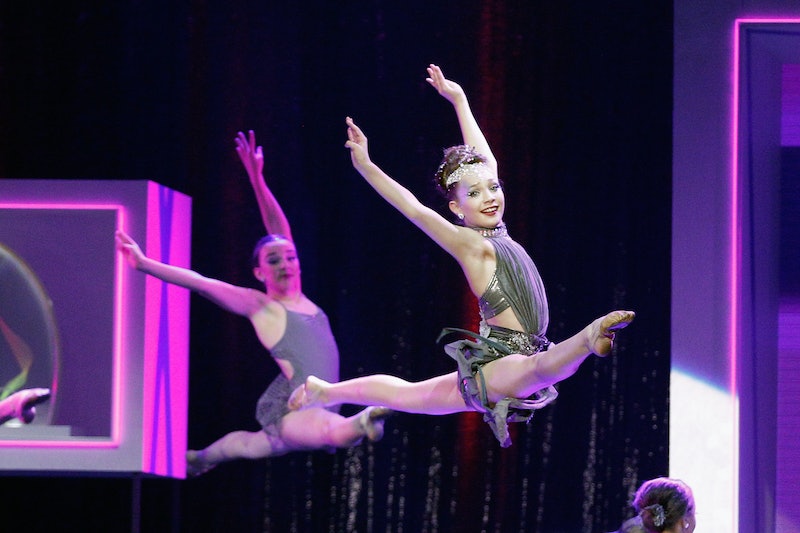 When 12-year-old Dance Moms actress Maddie Ziegler isn't busy playing a fun role on Pretty Little Liars or trying to get through the drama on the show, Ziegler is constantly dancing. It's not just her creative outlet and passion, either - Maddie Ziegler says dancing taught her everything about fashion. Ziegler shared that she enjoys how both dance and fashion are form of enjoyment for yourself. Therefore, she says that you shouldn't ever have to feel like you have to wear something specific or dance a certain way just because it's "more accepted."

More specifically, in an interview with designer Betsey Johnson, Ziegler says dance has, "taught me that what's comfortable and what's cool can be the same thing, and that you should get dressed for yourself, not for anyone else... The way you dance for yourself."

This entire idea of dressing yourself in what makes you feel good was carried into the Betsey Johnson Capezio collection. Ziegler is the face of the campaign and Johnson shared how dance has influenced her fashion inspiration. Johnson said, "I grew up dancing. When I moved to New York City, I wanted to be a Rockette. That didn't happen, but I carried dance into my clothing collections, always. And in this Capezio collection, you can wear it on the street, you can wear it to dance class, you can even wear the tutu to prom, I think!"

The cut of the shirt is perfect for both casual summery days and workouts.

The young starlet also gave her tips on how she maintains her beautiful hair. As a professional dancer who constantly goes from one dance competition to another, Ziegler is required to put on a lot of products in her hair. Ziegler said that she'll have to use lots of hairspray in order to hold certain styles in place and in turn the chemicals from the spray usually damage her hair. So in order to repair her hair, Ziegler uses, "leave-in conditioners sometimes. I also have to cut it frequently because it grows like crazy." Periodic haircuts also help your hair to grow out healthily - even if it's just a trim because at least you're cutting off those split ends.

Looks like that leave-in conditioner is working really well.