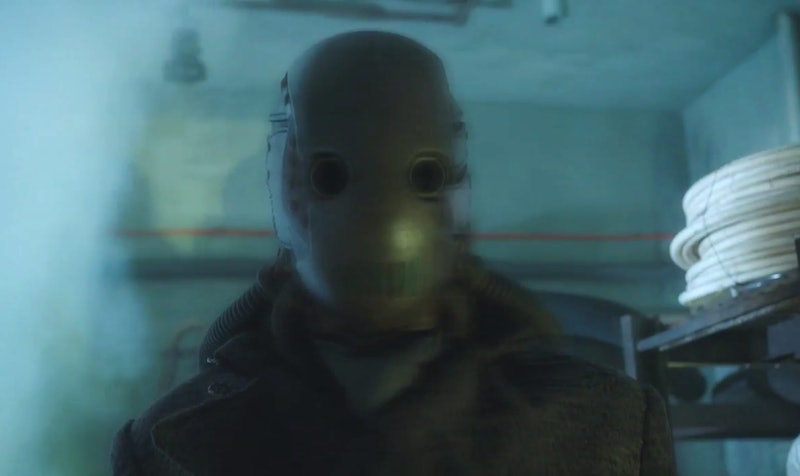 Once again Teen Wolf dips into mythology to create truly frightening and insanely intriguing story lines and challenges for Scott and his pack to face. On Monday night's episode "Condition Terminal," Scott, Kira and Liam finally encountered the Dread Doctors, despite Malia's trying to explain to them what she saw kill Tracy. The evil doctors' plan hasn't really made sense up until this point, were they just doing experiments for fun? Are they setting up an army? And while we still don't have all of the details, a few things are starting to add up. The Dread Doctors are creating chimeras, but what is the purpose behind making these creatures?

For those who may not know, a chimera is creature from Greek mythology. It is commonly known and remembered as a monster that is created from the body parts of other animals, most typically a snake and a lion's body parts are used and many times the chimeras breathe fire. The first known occurrence of what appeared to be a chimera came from Homer's The Iliad and was made from the head of a lion, the body of a goat and the tail of a snake. Chimeras are typically evil monsters that need to be defeated, much like the mythological Chimera that was defeated by Bellerophon in Greek mythology. And they can also represent the duality of life, and humans.

Doctor Deaton is right, the Dread Doctors are clearly changing the rules of the supernatural creature world as we know it. But why go through all of this trouble, especially if they're just going to kill their experiments like they did with metallic blue claw man, Tracy and now Lucas? Clearly, they're looking to perfect a creation, and maybe Donovan and his part Wendigo-ness will be that perfect creation. But what has he been made to do? It seems at the moment that the chimeras' purpose is destruction. Could the Dread Doctors be trying to achieve total control and prove that they can cause life and destruction/death? Are they playing God?

I need to know more about these psycho evil doctors, including why Theo is working for them. All I know for sure about them at the moment is that they are beyond dangerous, they should be feared and they definitely should not be underestimated. Scott's pack has to stay united as much as possible in what is sure to be their darkest, scariest, goriest and quite possibly their most challenging villains yet.