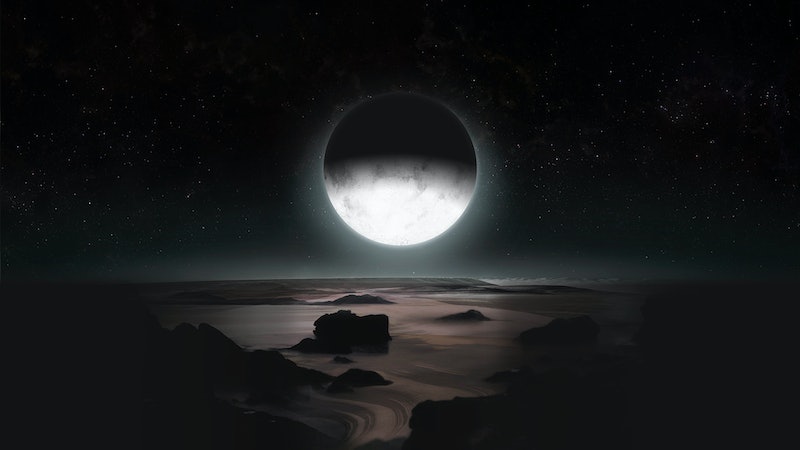 It took almost a decade, but NASA's New Horizons mission finally breezed past Pluto this week, giving the dwarf planet — or is it a planet? Nobody can really decide — its close-up for the first time in, well, ever. The New Horizons probe, specifically launched in 2006 to examine Pluto and the even further away Kuiper Belt, has been speeding through the solar system for nine and a half years, just waiting for its chance to get close to the dwarf planet/actual planet/who the hell knows anymore.

On Instagram, NASA wrote alongside the most detailed image of Pluto yet: "SNEAK PEEK of gorgeous Pluto! The dwarf planet has sent a love note back to Earth via our New Horizons spacecraft, which has traveled more than 9 years and 3+ billion miles." If that sounds awfully non-scientific to you, it's because NASA has stepped up its social media game in the last couple years, even using emojis and Twitter to celebrate Earth Day. NASA isn't holding back its excitement when it comes to Pluto. NASA, after all, has been waiting close to ten years for this.

In fact, here's how the NASA crew reacted to seeing these super-sharp images of Pluto.

And here's detailed, gigantic Pluto in all of its glory.

Here's Pluto and its buddy, aka its largest moon, Charon.

Here's New Horizons itself, just rocketing (see what I did there?) through space.

Oh, and here's a mocked-up look at Pluto and Charon if they were next to Earth. NBD.

Even Google got in on the action.

More like this
You've Probably Never Heard Of These Strange Products That Make Life SO Much Better
By Maria Sabella
The 15 Best Dresses For Hot Weather
By Andrea Gale Boerem
5 Differences Between YouTube Shorts & TikTok
By Emma Carey
For These Abortion Clinic Volunteers, Going TikTok Viral Is A Risk Worth Taking
By Audra Heinrichs
Get Even More From Bustle — Sign Up For The Newsletter