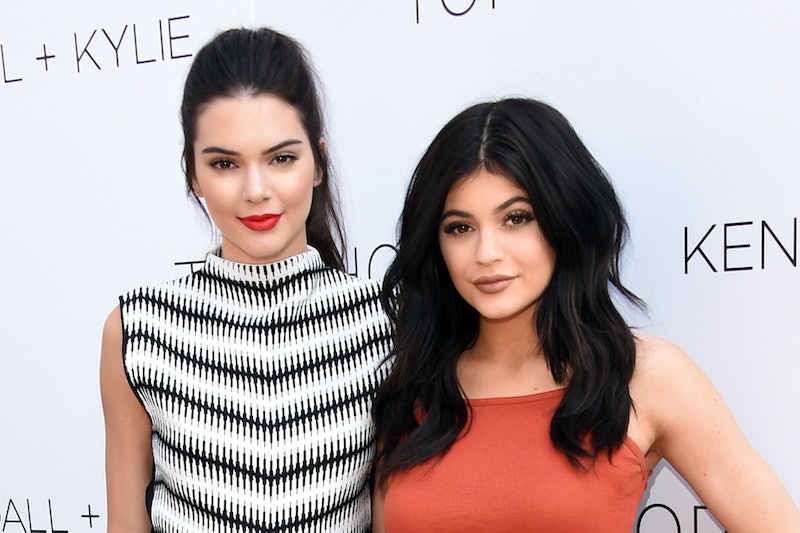 On Wednesday, July 15, athletes, sporting professionals, and sports fans will unite for the 2015 ESPY Awards, which will be broadcast on ABC with Joel McHale as host. In addition to all of the other awards being handed out, one particular recognition continues to make headlines. Caitlyn Jenner will receive the Arthur Ashe Courage Award, and ever since ESPN announced the 65-year-old would take home the award carved out for inspirational and heroic individuals, she and the ESPYs have been in the spotlight. Also, many have been wondering if Caitlyn will have the support of her family at the event, which will be her official awards show debut and first major public appearance. Particularly, will Caitlyn's daughters Kendall and Kylie Jenner be at the ESPYs?

According to Vanity Fair, yes, both Kendall and Kylie will be at the ESPYs. The magazine revealed during Caitlyn Jenner's July 2015 cover story, "On July 15, Caitlyn’s first major public appearance, she will be awarded the Arthur Ashe Courage Award at ESPN’s ESPYs in Los Angeles. Its past winners include Muhammad Ali, Nelson Mandela, and Billie Jean King. All 10 of her children and stepchildren are expected to be onstage when she accepts it."

It should come as no surprise that Caitlyn's children will support her at the ESPY Awards, just like they've been doing since she publicly made her debut as Caitlyn Jenner in June 2015. Time and time again, both Kendall and Kylie have spoken about how much love they have and will forever hold for Caitlyn. As you can see in the Instagrams above, both Kylie and Kendall shared sweet messages for Caitlyn on Father's Day. Even if Caitlyn wasn't receiving a courage award, it's pretty clear that she'll always be a hero in her daughters' eyes.

Even though Kendall and Kylie, along with their siblings, are expected to shared the stage with Caitlyn at the ESPYs, there's always a good chance plans will change. If that does happen and any of Caitlyn's children can't attend, they will surely support her from wherever they are that day. After all, throughout Caitlyn's journey to being able to show the world who she truly is, her family has been there for her no matter what. And that's not going to change any time soon.