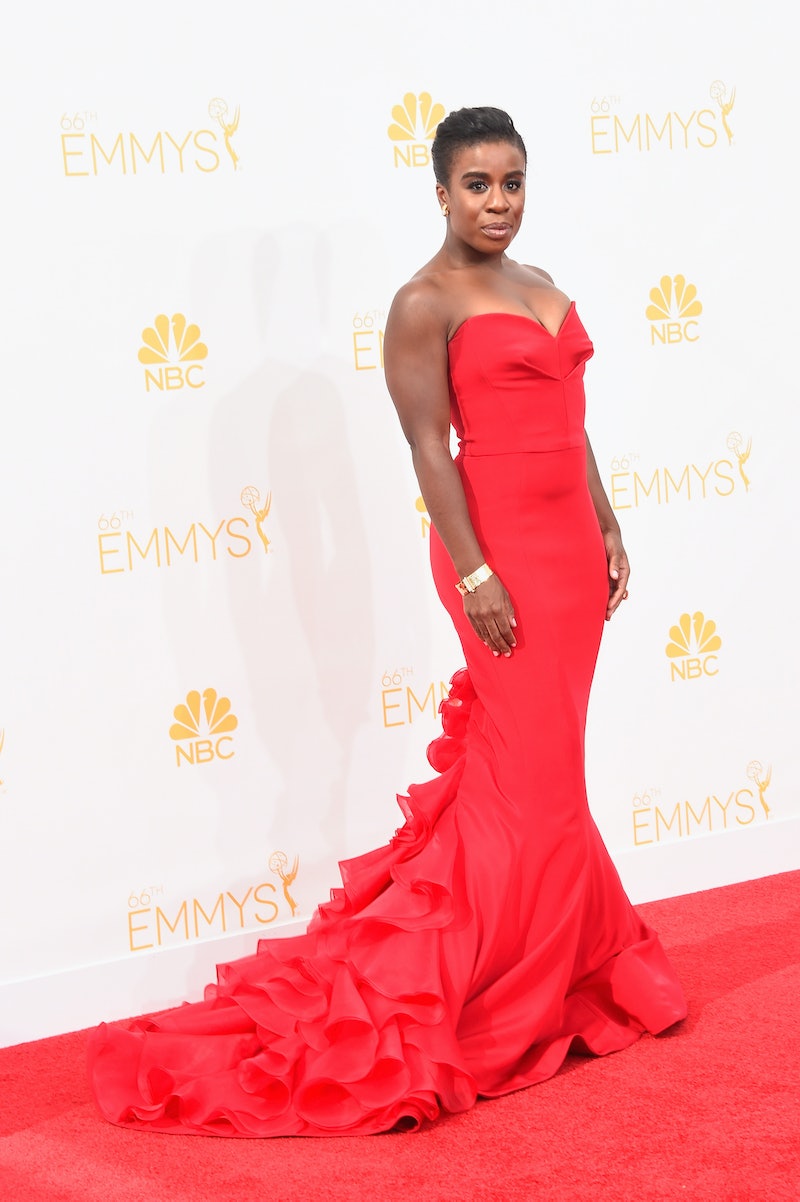 Because this year's nominations won't be happening sunrise — no, really — and therefore won't be integrated into morning news shows like Today and Good Morning America, the viewing accessibilities will be a little different, too. Don't worry, you'll still be able to see who is nominated, in fact, consider the later nominations a perfect excuse to take a mid-morning break at work for 10-15 minutes.

The two hosts this year, Deeley and Aduba, have both been nominated in the past (Aduba won last year for Outstanding Guest Actress in a Comedy Series, Deeley has been nominated four times for Outstanding Host for a Reality Program). The likelihood of them both being nominated again is high, which is sure to be an adorable moment for each of them, and I'm already looking forward to the attention it will receive.

So how can you watch the nominations? Bookmark these pages on your browser, and when the time comes on Thursday, July 16, click and watch (maybe pop some popcorn, too!).

Yahoo will also be providing a live stream of the announcements. If you go to Yahoo Live, you'll be looped in to Yahoo's coverage of the announcements. Starting at 8:20 a.m. PDT, Yahoo staff will introduce the show with their own color commentary, weave in the official announcements, then end with more commentary. If you're looking fora more conversational viewing experience, this is your site.

If you don't tweet about it, did it even happen? Follow your Twitter feed for an up-to-the-minute look at who is nominated for each category. Then go ahead and brag about how you knew Unbreakable Kimmy Schmidt was going to get nominated for Best Comedy Series way before the words came out of Deeley or Aduba's mouth.

More like this
The 'Love Actually' Reunion Is Missing A Major Player
By Bustle UK
Everything To Know About 'The Peripheral's Potential Season 2
By Brad Witter
Everything To Know About 'Firefly Lane' Season 2 Part 2
By Gretchen Smail
The 'Firefly Lane' Book Ending Teases Way More Tears To Come In 2023
By K.W. Colyard
Get Even More From Bustle — Sign Up For The Newsletter