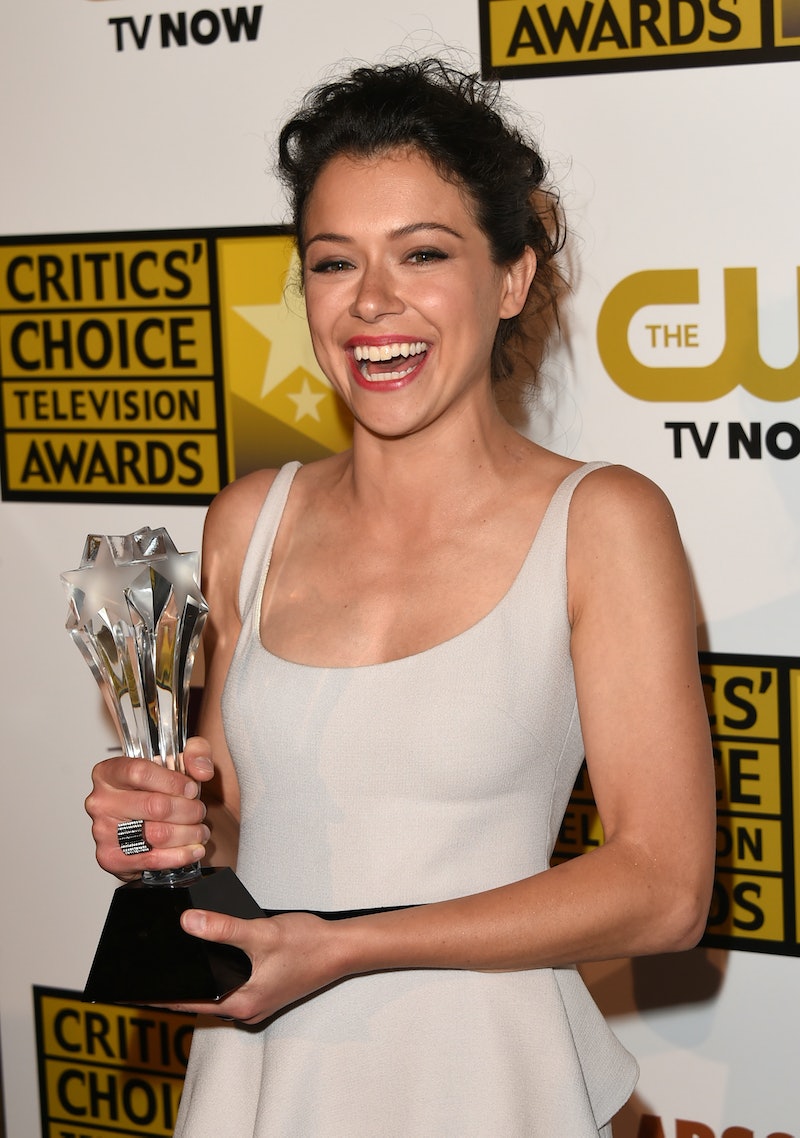 Are you happy? Are you sad? Are you just plain surprised? Welcome to that special time of year again, aka time to discuss the 2015 Emmy nominations. Per usual, there were the predicted noms, like Modern Family and several of its cast members, i.e. Julie Bowen and Ty Burrell, scoring noms. Then, sadly, there were a few snubs, like Jane the Virgin 's Gina Rodriguez and Jaime Camil (seriously?! seriously?!). With that said, there were also some surprises — fantastic ones too, might I add. We can always thank the Emmy Awards to shock a few of its biggest TV fans and critics, which definitely happened with this year's nominations, because when doesn't the awards show involving TV stun its viewers at least once or twice every year?

I'm not going to lie, quite a few of the surprising names announced at the 2015 Emmy nomination ceremony made me very, very, very happy. Helloooo, Tatiana Maslany! Finally, am I right? How about Friday Night Lights' Coach Taylor? Get it, Kyle Chandler. Oh, and Netflix's The Unbreakable Kimmy Schmidt scored noms in several categories. With that said, let's get to it. Here are the 2015 Emmy nominations that were the most surprising, in the best way possible.

Isn't is sad that at this point Orphan Black fans are just waiting for Tatiana Maslany to be snubbed? Guess what? This year, the talented actress for playing clones on the hit BBC America finally scored a nom, which, sadly, is a surprise. It's about damn time this sestra got the recognition she so deserves.

2. Will Forte, Last Man on Earth

There's no doubt FOX's Last Man on Earth is a hit (hello, it's was renewed for second season!), so it's probably a nice surprise to see Will Forte snagging a nom in the Outstanding Actor in a Comedy Series category.

ABC's comedy black-ish has become an easy fan favorite, which makes sense as to why Anthony Anderson is now nominated in the Outstanding Actor in a Comedy Series category, alongside some other usual Emmy contenders.

4. Niecy Nash, Getting On

The Outstanding Supporting Actress in a Comedy Series was filled with familiar names, but I bet you didn't expect to see TV Land's Niecy Nash getting nominated for Getting On? What a great surprise for fans of the comedy.

Kyle Chandler scored a nom for Outstanding Actor in a Drama for Netlfix's Bloodline. Get it, Coach Taylor. Maybe he'll be able to take home another golden statue for his amazing TV work?

What Emmy noms surprised you the most? Now excuse me while I go celebrate with my sestras!