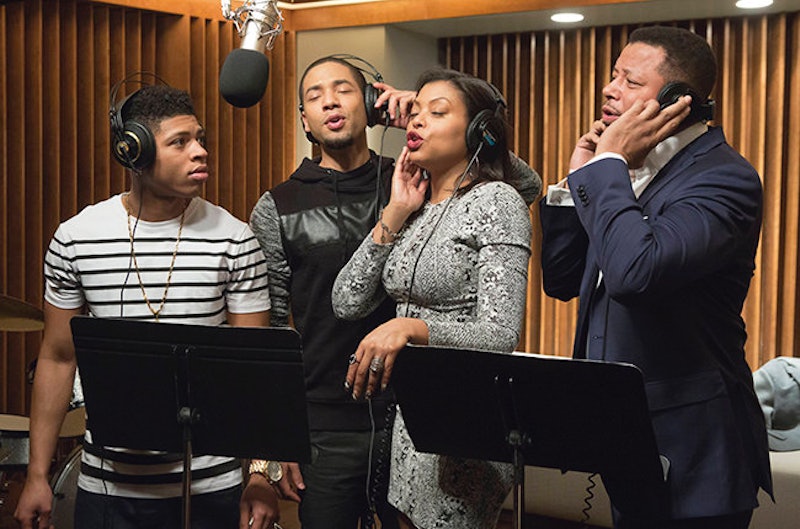 For everything an awards show gets right, there's something it has to get so, so wrong. This year, the Emmys made a huge improvement by announcing the nominations three hours later than usual, at the very reasonable time of 11:30 a.m. ET. Unfortunately, by noon anyone watching realized that there are a ton of glaring 2015 Emmys snubs, including some fan favorites and performers who we thought were sure-things. I know that not everyone can be recognized, but when so many TV series and stars are completely overlooked when they should've been the very first people nominated, it's hard not to be a little bitter. I mean, Empire wasn't nominated for Outstanding Drama Series. Seriously.

If you'd rather focus on the positive, however, there were also some pretty exciting Emmy surprises, with smaller shows that seemed unlikely to snag a nomination joining the ranks of awards show darlings. Of course, for every awful shock like Empire, there's a great surprise like Unbreakable Kimmy Schmidt, so I'm here to give those highly deserving yet heartlessly snubbed series and actors their time in the spotlight. Here are the biggest snubs of the 2015 Emmy nominations, the series I won't stop rooting for until they finally get the credit they deserve.

While I was thrilled to see Taraji P. Henson nominated for her incredible work as Cookie Lyon on Empire, I was disappointed that her enemy/true love/ex-husband Lucious was completely overlooked. Howard was deliciously evil as Lucious all season, and definitely should've earned a spot in the Male Actor in a Drama Series category.

While we're on the subject of what was easily the best new series of the year, it is completely unfathomable to me that Empire wasn't nominated for Outstanding Drama Series. It has intrigue, excellent casting, incredible plot twists, addicting music, complex characters, what else are the Emmys looking for?

Anyone who seen even a single minute of The CW's new series knows how talented Rodriguez is. The entire cast is incredible, but as Jane, the actress pulls viewers in, making us laugh and cry with her, and grounding the series with an outlandish premise to a realistic, heartfelt reality. But apparently that's not enough for an Outstanding Actress in a Comedy Series nomination.

It may seem strange, but undoubtedly the snub I'm most upset about is Camil for Outstanding Supporting Actor in a Comedy Series. Rogelio's over-the-top persona is a highlight of every episode of Jane The Virgin and you can not watch a scene of him without immediately bursting into laughter. Camil can also nail the dramatic moments, showing his versatility as an actor, and I truly hope he is recognized next year, because he is delivering one of the best performances on TV.

How much more can I praise Jane The Virgin? With its incredible ensemble cast, unique premise, and huge heart, the freshman series truly deserved a spot in the Outstanding Comedy Series category.

Not a single nomination for one of the best comedy series in existence. I got my hopes up when Comedy Central's other hilarious series, Key & Peele and Inside Amy Schumer, were recognized, that either Broad City as a whole or one of its stars would get a nod. Unfortunately, they slipped under the radar, despite the incredible chemistry and relatable humor Abbi Jacobson and Ilana Glazer have brought to TV.

Shockingly, Scandal didn't receive any nominations this year, and while that means there are quite a few snubs here, the biggest is clearly Washington. She should have been recognized for another excellent season of playing Olivia Pope, and the fact that her show wasn't among the nominees at all is unacceptable.

Unlike Scandal, The Good Wife did get some Emmy recognition, with nominations for Christine Baranski and Alan Cummings in supporting categories, as well as Michael J. Fox for his guest role. However, the show as a whole wasn't nominated in the Outstanding Drama Series category, and most outrageously, star Margulies was totally overlooked for another season of absolutely killing it as Alicia Florrick.

This might be the most heartbreaking snub of all, because it was the FX series' last chance to be recognized, and it scored a whopping 0 nominations. Justified aired its series finale in April, putting it firmly in the eligibility period for the 2015 Emmys, and yet the series wasn't nominated for anything. That means every star, including Timothy Olyphant will never have another chance to be rewarded for their work on the under-appreciated show.

These are just the most glaring of the 2015 Emmy Awards' many, many snubs. As disappointing as they are, I'll still be watching on Sept. 20 when trophies are handed out to those who actually made the cut — the Emmys have a lot of making up to do.