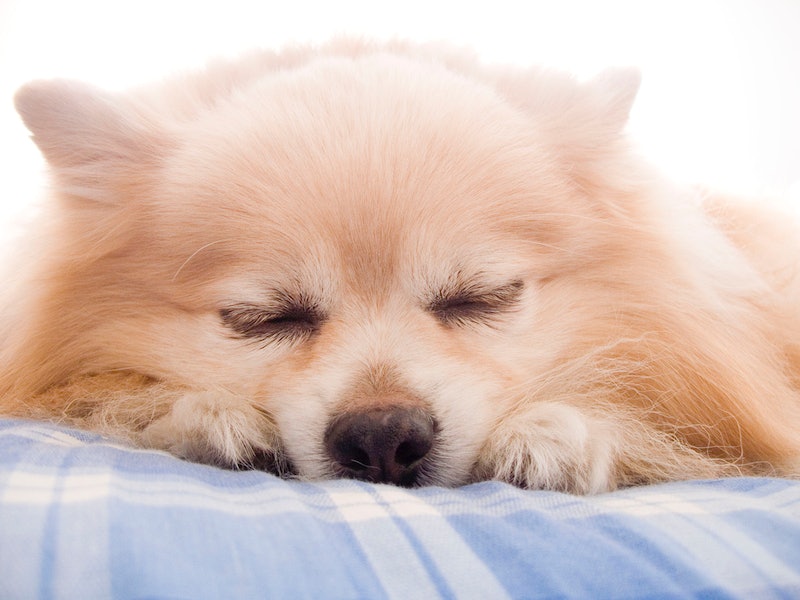 We've probably all had times when we've pulled an all-nighter, whether it was out of desire or necessity. Unfortunately, though, having to make it through the next day after not sleeping the night before can feel like death — especially if you actually have to be productive in some way, shape, or form. But if you're looking for some tips on how to recover from an all-nighter, science is coming to the rescue in New York Magazine's latest video from the Science of Us Sleep Institute's web series. Functioning on no sleep isn't easy — but at least there are measures you can take to make it a little less painful.

Firstly, not to sound like a tyrant or a buzzkill here, but it's important to note that you shouldn't be pulling all nighters if you can help it. Getting enough sleep is crazy important to your health and well-being, since it helps to keep your immune system strong, improves your memory, helps you make good decisions, and stabilizes your mood. You should ideally get between seven and nine hours of sleep per night; so, if you're the type who likes to stay up into the wee hours of the morning in spite of having to get up for work early the next day, it's worth trying to adjust your habits so that you can get the rest that you need. Your body and mind will both thank you for it.

Now, if you do happen to be in the situation where you've stayed up all night and need to somehow make it through the next day, here are five tips on how to do so. Scroll down to watch the full video!

It might seem counterintuitive, but if you've managed to get a few hours of sleep, science says that that you should not hit the snooze button on your alarm clock once you wake up. Apparently those few extra minutes of sleep don't actually make you more rested; plus, you're just delaying the inevitable — waking up sleep deprived. Rip the bandage off and get up when your alarm goes off the first time.

You should then proceed to eat breakfast, as eating within an hour of waking up boosts your mood and cognitive functioning. So even if rest isn't on your side that day, at least you'll be in a good mood and better able to focus. But one warming: Don't eat anything sugary. It will only cause you to crash and burn later in the day.

3. Get The Tough Stuff Done First

When you get to work, tackle the most difficult tasks on your to-do list first thing. The reasoning behind this is that you're the most alert the first few hours that you're awake, so you'll want to take advantage of it, pronto.

You should have coffee throughout the day, starting in the morning (that is, before any important meetings or tasks you need to be on your A-game for) and with another pick-me-up in the early afternoon. Why then? Because those times are when you're most at risk for becoming tired. Just a few warnings: First off, don't forget when the best time to drink coffee is in the morning (around or slightly after 9 a.m.); and second, don't drink any coffee after 3 p.m. That'll just mess up your sleep schedule even more.

If you can, try to leave work a little bit early that day to go and get the rest you need. If you're questioned, New York Magazine suggests saying that sleep scientists told you to!

If you want to check out even more tips on how to best tackle your day afte rstaying up all night, watch the full video on all-nighter recovery below: