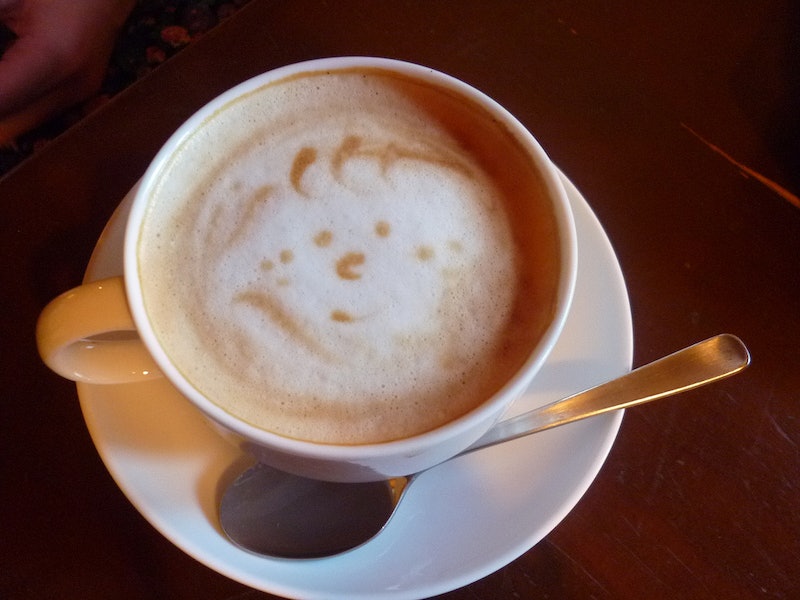 Pop quiz: Do you know when the best time to drink coffee is? If you're the kind of person to grab your coffee on your way into work, not taking a sip until you're settled at your desk sometime around or after 9AM? Congratulations! You've got the right idea. The rest of us who drink our daily cup of joe long before 9AM, though? Apparently we've been doing it all wrong. But hey, no worries — the YouTube channel AsapSCIENCE is here to set us straight. Their latest video, “Are You Consuming Your Caffeine Correctly?”, tells us exactly when we should indulge in our morning coffee — and when we shouldn't.

We've already talked a little bit about what caffeine actually does to your brain, so you might want to go brush up on that little tidbit first. Once you understand why your coffee perks you up a bit, you can start strategizing how to get the most bang for your buck out of the drink — which, of course, comes down to when you imbibe it. As it turns out, our bodies' natural clocks make it such that caffeine gives us more of a boost at certain times than at others; and since knowledge is power, that means we can take that information and put it to work for us.

Here's the general gist of it all in five pictures; scroll down to watch the full video.

1. What's the Circadian Rhythm Got To Do With It?

You've probably heard of the circadian rhythm — that is, the internal clock that controls when we're awake and when we're sleepy. It does this by releasing a hormone called cortisol at strategic times, which regulates how alert we are (you might also know cortisol as “the stress hormone”; it's also released as part of our fight or flight response). Our cortisol levels peak at a few different times throughout the day: Between 8AM and 9AM, between noon and 1PM, and between 5:30 and 6:30PM.

2. What Happens If You Drink Coffee During A Cortisol Spike?

Scientists have found that consuming coffee — or any kind of caffeine — during peak cortisol hours can not only diminish the drug's effect, but also help your body build up a tolerance to it. That means you'll have to consume more and more caffeine to get the same buzz over time. So if you've been drinking your coffee before 9AM every day… well, let's just say you're going to have a bad time.

If we're not supposed to drink coffee during our peak cortisol hours, when are we supposed to drink it? Easy: During the non-peak hours. Generally, that will mean sometime between 9AM and noon and between 1PM and 5:30PM. Technically you could probably drink coffee after 6:30PM, too, but I wouldn't recommend it unless you're working the graveyard shift or pulling an all nighter; the caffeine will definitely mess with your ability to sleep.

4. What If I Wake Up Really Early Or Really Late?

Our cortisol spikes are regulated largely by sunlight; however, research has determined that our cortisol levels also shoot up about 50 percent right after we wake up, no matter what time it is or what the sun is doing. As such, you'll probably want to wait an hour before you grab your first cup of coffee for the day.

Obviously this will change depending on when your alarm rings — but for the sake of argument, let's say you wake up at 7AM, leave for work at 8AM, and get to your desk (or your workstation, or wherever) by 9AM. You'll be in the midst of a cortisol spike for those first two hours you're awake — first because you woke up at 7AM, and second because your cortisol levels will naturally peak between 8AM and 9AM — so you're better off waiting until you actually get to work to have your coffee. Pick it up on the way, make it once you get there, or even bring a travel mug from home and heat it up on arrival — but whatever you do, don't sip it until after 9AM. And if you need a pick-me-up in the afternoon, make sure you drink it after 1PM, possibly in conjunction with a coffee nap.