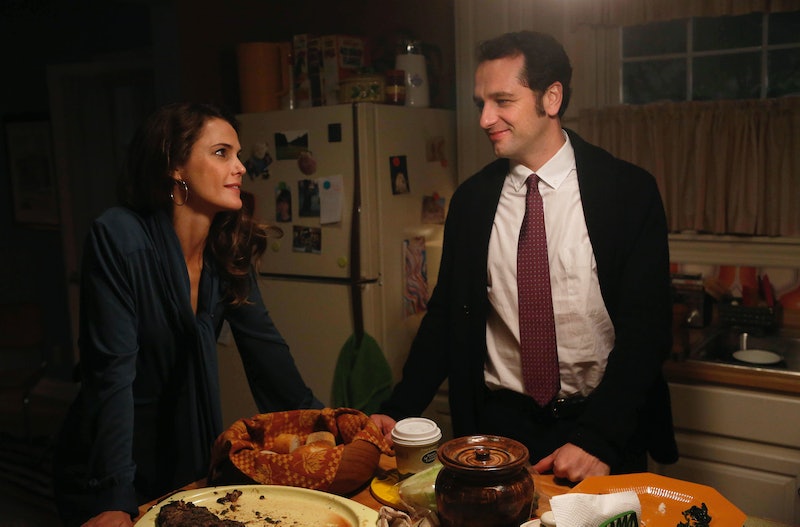 Another Emmy season is here and once again FX's exquisite Russian spy drama The Americans was snubbed by the Emmys. Aside from one lowly writing nod and a guest star nomination for the always amazing Margo Martindale, the show got no love. What gives, Emmy voters? The densely layered performances of Keri Russell and Matthew Rhys as covert spies Elizabeth and Philip were better than ever in Season 3. Not to mention when their daughter Paige found out that her parents were Russian spies, making for one of the most memorable scenes of the 2014-2015 television season. The only explanation for this egregious shutout in the major categories is that the Emmy voters clearly did not watch their screeners. Not cool, Emmy voters. Not cool.

So how are The Americans' fans taking this news? Not great, Bob. The Twitterverse is exploding in outrage — as it should be. Even though the drama field is crowded (even more so than usual with bonkers rulings that force Orange is the New Black to compete as a drama), there should have been room for one of TV's most intense and tightly plotted hours. The Americans delves deep into the complex dynamics that make up a marriage and a family, then combines them with the excitement of a Soviet spy drama. The show inspires passion because its two leads are crazy good at what they do. Russell and Rhys' names should have been called, or at the very least, the show should have gotten a nod in the Outstanding Drama Series category to recognize its overall quality.

Sadly, the only Emmys Rhys and Russell will be getting for their outstanding work this season are the trophies their fans bestow on them in their minds. It is a depressing turn of events, but take heart in knowing there are plenty of people out there to commiserate with. Take a look at just a few of Twitter's best reactions to this outlandish snub.

This Person Who Speaks The Truth

Variety is the spice of life, Emmy voters. Just remember, it's too late for Justified, but if you start watching now you can be on #TeamAmericans by next season.

This Woman Who Looks On The Bright Side Of Life

The writing nomination does prove someone at the Academy is watching The Americans, and the writing this season was as amazing as always. Perhaps even more so thanks to Paige's slow awakening to her parents' double lives.

This Man Who Makes A Good Point

The Americans can be deeply understated at times (that's what makes it so great). Is it too subtle for the Emmys?

This Woman Who Says What We're All Thinking

It's bonkers! Elizabeth and Paul are the future, whether the Academy agrees or not.

This Wonderful Human Being

Who needs awards when you have so much love?

The Americans may have been snubbed by the Emmys, but the show will never be snubbed in the hearts of its fans.

More like this
How Lady Gaga & Adele Are Closer To The EGOT All Of A Sudden
By Jake Viswanath
Does 'Locke & Key’s Ending Mean There Could Be A Season 4?
By Sophia Moore
'The Capture' Is Finally Back – & S2 Looks Tense AF
By Sophie McEvoy and El Hunt
A 'Lord Of The Rings' Star "Will Challenge Misty" In 'Yellowjackets' Season 2
By Gretchen Smail
Get Even More From Bustle — Sign Up For The Newsletter