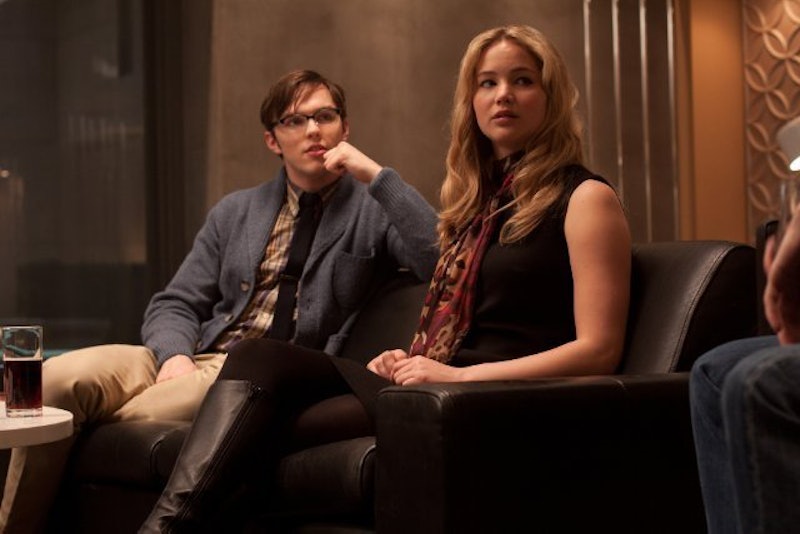 Of all the rumors that I expected to read about America's Sweetheart/the Internet's best friend Jennifer Lawrence today, this was the last one: According to the National Enquirer, apparently Jennifer Lawrence and boyfriend Nicholas Hoult plan to "elope" in secret because they are young and crazy and in love and rich... right, did I mention this is all according to the National Enquirer?

"I don't think there's going to be a big announcement. They just want to slip away and get married in quiet," a "source" reportedly told the tabloid magazine, which once reported a story claiming that a prominent Russian politician was abducted by aliens in Moscow.

"They'd much rather run off somewhere and marry quietly and then have a family get together, one in Kentucky and the other in London. Having a lavish Hollywood wedding is the last thing they want. Jen says planning it all and working out a guest list would drive her crazy. It would be so stressful deciding who to invite, so as not to offend anyone in Hollywood." Irish blog Independent.ie also added this tidbit:

They also enjoy chilling out at home, with speculation the actress could be gearing up to take some time off and have a baby.

Also according to the "source," the X-Men co-stars "are fiercely private and have no intention" of talking publicly about their "engagement" WINK WINK. "I think they like the idea of letting everyone speculate whether or not they are even engaged."

And that's why if you ask them about it, they'll just act like they don't know what you're talking about. Because it's a secret. Definitely not because it's a lie. SECRET.

In other words: This is probably not true, and I don't know why the National Enquirer even tries.