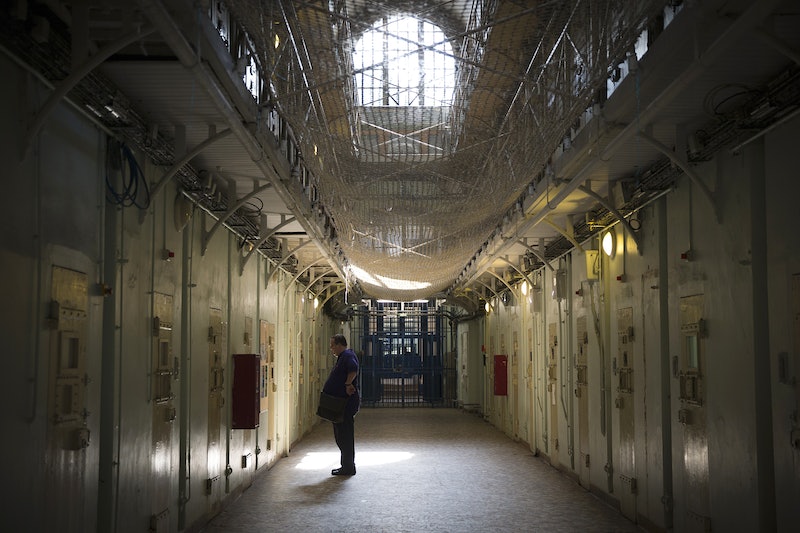 In a disturbing series of events, 28-year-old Sandra Bland was found dead in a jail cell in Waller County, Texas, Monday in what police are calling a suicide. Bland had apparently been pulled over for improperly signaling a lane change. Police claim that Bland was combative on the side of the road, so she was pulled out of the car and charged with assaulting an officer. Recently released footage shows two police officers holding her down on the ground while she says, "You just slammed my head into the ground, do you not even care about that?"

Bland, originally from Naperville, Illinois, had just moved down to Texas for a student outreach job at her alma mater, Prairie View A&M University, according to Think Progress. She was also a vocal advocate for the #BlackLivesMatter movement and frequently posted on social media about police brutality. In numerous emails to ABC7, Chicago's ABC News affiliate, Bland's friends and relatives said they do not believe the police department's account of what happened once Bland was taken to jail.

Bland was pulled over and arrested Friday, July 10, according to ABC7. She was found dead three days later. Waller County Sheriff Glenn Smith told ABC7 Bland "had been combative on the side of the road." She was arraigned on Friday after her arrest and held in lieu of $5,000 bond, according to the Chicago Tribune. Smith told ABC7 that jail employees allegedly saw Bland at 7 a.m. on Monday when they gave her breakfast and then spoke with her briefly over the intercom at 8 a.m. Smith said she was found dead an hour later.

ABC7 reports that a press release from the sheriff's department said authorities performed CPR on Bland, but that she was pronounced dead shortly after. Police say she was found hanging in the jail cell, and died by "self-inflicted asphyxiation," according to ABC7.

Smith was allegedly fired from a previous job as police chief in 2008 for racism and brutality allegations, according to Slate.

The Harris County Institute of Forensic Sciences in Houston performed an autopsy on Bland Tuesday and ruled the death a suicide by hanging, Tricia Bentley, an institute spokeswoman, told the Tribune.

"I do not have any information that would make me think it was anything other than just a suicide," Waller County District Attorney Elton Mathis told ABC7.

But Mathis also added that the circumstances surrounding Bland's alleged suicide are strange, according to NBC News:

I will admit it is strange someone who had everything going for her would have taken her own life. That's why it's very important a thorough investigation is done and that we get a good picture of what Ms. Bland was going through the last four or five days of her life. ... If there was something nefarious, or if there was some foul play involved, we'll get to the bottom of that.

Bland's friends have not been easily satisfied by the police department's version of events, though. They are demanding answers, because they say that Bland was not suicidal. Bland's friend LaNitra Dean told The Huffington Post that nothing about the case adds up:

Bland's family held a press conference Thursday. When a reporter asked Sharon Cooper, Bland's older sister, if suicide made sense, based on the "Sandy" she knew, her sister repeated the same answer over and over, according to the Tribune:

Based on the Sandy that I know, that's unfathomable to me.

Rev. James Miller, pastor at DuPage African Methodist Episcopal Church in Lisle, Illinois, knew Bland personally and told the Tribune she was a "very accomplished young lady," and that he was shocked to hear about what happened:

It's quite a coincidence that these events keep happening. I think that it's evidence of an unresolved cultural issue of some kind that these young African Americans keep suffering some form of violence at the hands of the authority.

Texas State Rangers have taken over the investigation of Bland's death, and they have not yet commented on the video footage of her arrest, according to ABC7.