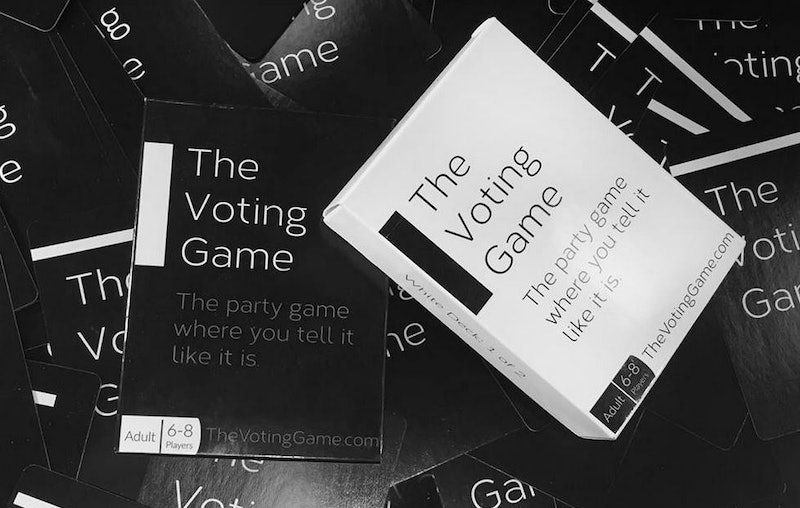 You may think you know your friends… but how well do you really know them? The Voting Game, currently crowdfunding on Kickstarter, offers you a whole new way to get to know your bosom buddies — but be warned: The information that's unearthed in this hilarious-looking party game is the kind of stuff you can never un-know once you've learned it. Just… FYI.

The Voting Game isn't exactly new; it's had two previous sold-out runs on Amazon, with the Kickstarter aiming to fund a brand new version of it. It's kind of like Never Have I Ever crossed with Apples to Apples, with a dose of Cards Against Humanity thrown in: Each player is assigned a number, at which time they're also given voting cards representing everyone else's numbers. Then a card from the main deck is drawn featuring the question to be answered that round. Each player places, face down, the voting card corresponding to the person they think best fits that question — and after everyone has cast their vote, the answers are revealed.

The game itself consists of 140 questions and supports up to 10 players, although I would imagine you'd need at least three players to make it interesting. There are also a couple of expansion packs, including a NSFW one, so you can go really nuts if you feel like it. It's worth noting that technically you can download The Voting Game for free directly from its website — but playing it also involves printing it out, cutting out all of the questions, and (let's face it) likely ruining your set by spilling beer all over it while you're deep in the throes of really getting to know your friends. And who wants to go through all the trouble of reprinting and recutting everything every single time you play it? I don't know about you, but I am definitely not that dedicated to my party games.

Right now, The Voting Game has raised just shy of $3,000; their goal is $7,500, which they've got until August 18 to reach (something tells me it's not going to be a problem). Head on over to Kickstarter to pitch in a few bucks — the incentives include fully-produced versions of the game and all its expansion packs, so if you're a party game person, you're going to want to check it out.

To give you an idea of what The Voting Game has in store for you, here's a look at a few of my favorite questions. Which of your friends...

1. ...Would survive a zombie apocalypse?

Not me. That's for sure. I would be utterly useless in a zombie apocalypse, although I'm still trying to work on beefing up my skill set.

2. ...Throws birthday parties for their pets?

Not going to lie: My family used to do this when my brother and I were kids. These days I suppose we still technically do, as my parents' dog incidentally shares my birthday. But I mean, hey — if pets are part of your family, then they deserve to be celebrated too, right?

3. ...Has shown up high to Thanksgiving?

Or to some other holiday, for that matter? I'm sure we all know someone who has done this.

These people, on the other hand — surely they don't actually exist. That defeats the entire purpose of picking Ben and Jerry's as your ice cream of choice in the first place.

5. ...Would try to talk down the price of Girl Scout Cookies?

6. ...Would show up to their high school reunion in a rented Lamborghini?

I assume so you can fake out everyone who knew you when you were 18. Not going to lie: If attempted for comedic purposes, I fully support this action.

7. ...Would clog the toilet at a friend's house and say nothing?

Check out the promo video below. Which of your friends would head on over to Kickstarter to support The Voting Game? 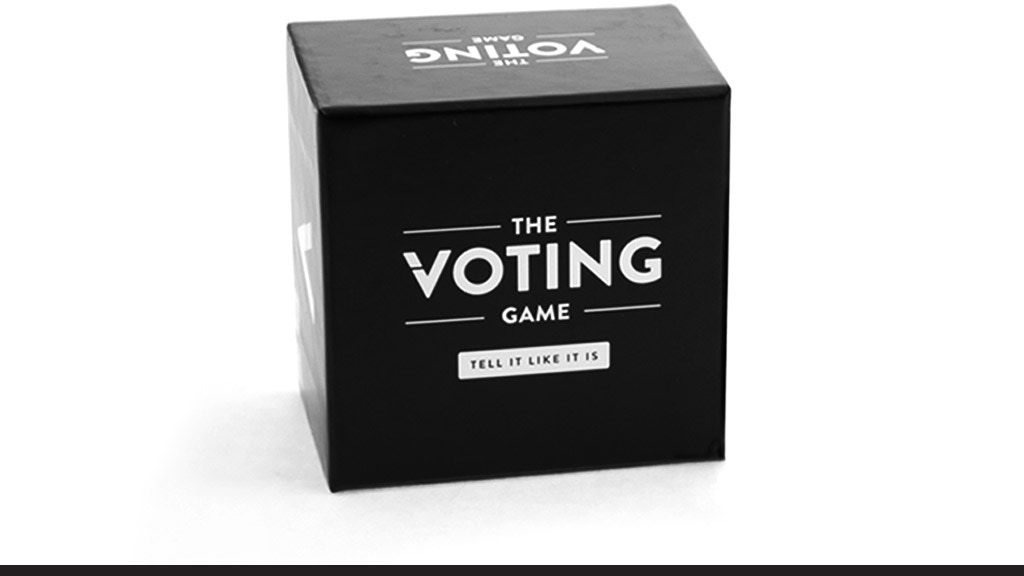