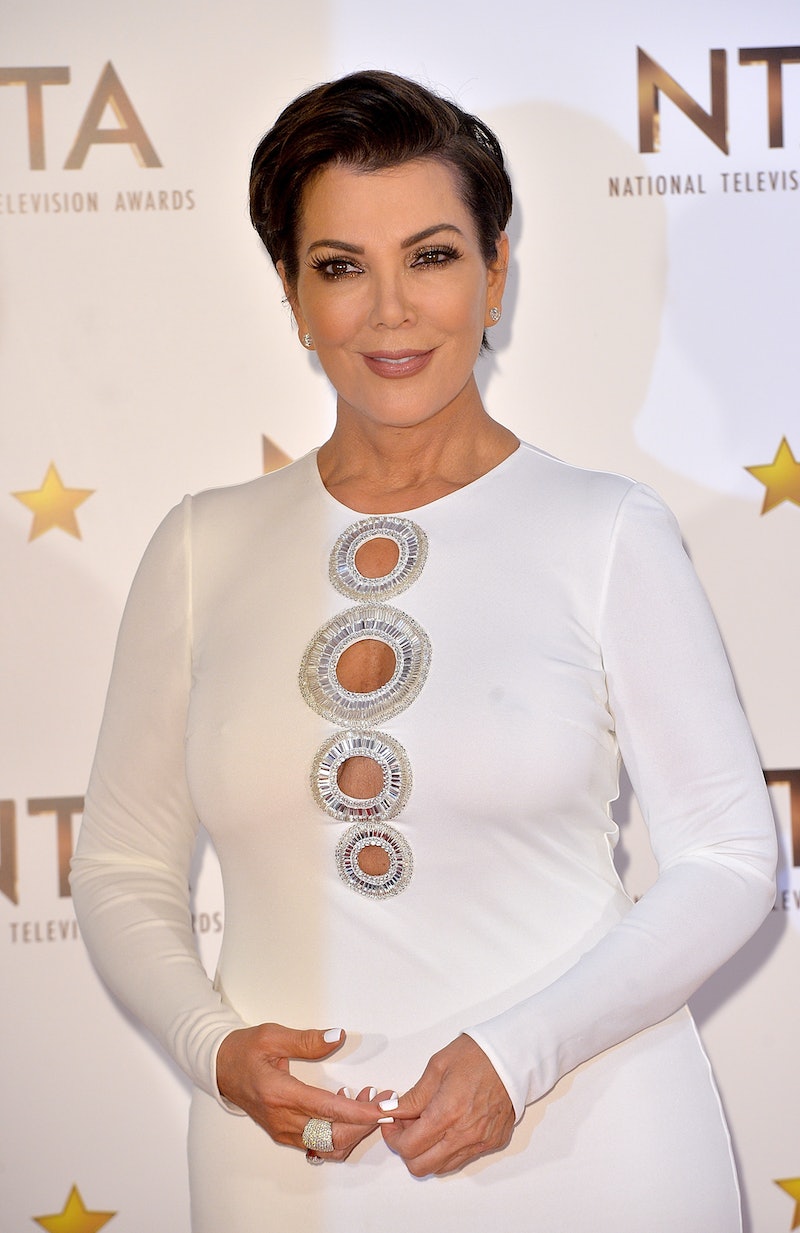 On Wednesday, ESPN held its annual ESPY Awards, which drew millions of viewers for ABC — 7.7 million to be exact. But this year's awards show attracted even more attention than usual, thanks to one highly-anticipated event: Caitlyn Jenner's acceptance of the Arthur Ashe Courage Award. As expected, members of the Kardashian-Jenner family showed up in spades to support Caitlyn at the ESPYs — including her sister, her mom, and nine of her kids (Rob Kardashian was not in attendance). But if you, like me, watched Caitlyn's speech Wednesday and wondered if Kris Jenner was watching somewhere else — and what she thought of it all — it looks like we finally know. Kris Jenner opened up about Caitlyn's ESPYs speech to Us Weekly, and she has nothing but kind words to say.

"I think it was amazing and very brave," Kris said of the acceptance speech Thursday, while attending the Amazon Prime Endless Summer Screening. She also commented on Caitlyn's gorgeous Versace gown, saying, "I think she looked beautiful." I couldn't agree more. (And neither could the Internet — Caitlyn's gown was a huge hit.) In addition to Kris commenting, many of her children with Caitlyn spoke out with words of support following the speech.

But aside the fact that the Olympic gold medalist look absolutely stunning that night, no one can deny she also hit it out of the park with her speech. Her most powerful quote? "Trans people deserve something vital — they deserve your respect," Caitlyn told the crowd. "And from that respect comes a more compassionate community, a more empathetic society, and a better world for all of us."

This isn't the first time Kris has publicly shared words of support for her ex since her transition. After Caitlyn's Vanity Fair cover debut in June, Kris told Extra she thought the cover was "beautiful," and opened up even further about Caitlyn's transition. "I think it’s amazing," Kris told the mag. "I think that someone following their dream is truly inspirational to a lot of people… You have to do what makes you happy."