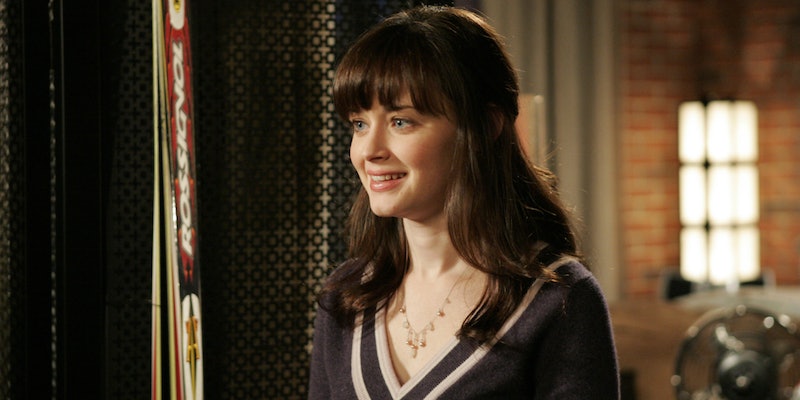 Prepping for The Big Move? I mean the one that entails transfer of all your material possessions and physical self from your parents' home to your own—which, let's be real, is probably on campus. Starting college can be frankly terrifying, and to feeling that way is totally normal. It's fear of the unknown and totally silly first semester myths. But on the flip side, there are many things you can stop worrying about when you go to college.

I didn't know anyone at the university I selected—TBH—pretty much at random. I grew up in Tallahassee, a sizable college town. Most of my friends from high school went to FSU without question but since they didn't offer a journalism program, I hunted out other public Florida schools, settling finally on University of North Florida in Jacksonville. I arrived in my ~honors~ dorm to meet two random roommates with whom I'd live for the next year in our alabaster, concrete cell.

I'll never forget the vision of my mother on the clear brink of tears as my parents backed out of our haphazard dorm room, leaving me there 100 percent on my own. Sure, there was an enormous learning curve and a lot of rough waters to navigate, but it wasn't impossible then for me and it isn't impossible now for you. It's an educational experience, and not just in the bookish sense, offering plenty of perks along the way. Among those, a few things you don't have to worry about starting college:

Fashion—both clothing and eyebrow-wise—were way different back in your tween years. Although everyone at your high school might have an elephant's memory of your own past style fails, no one at this new school has a clue. Or even if they do, people have this weird tendency of growing up and moving on. And if they don't do that, they at least are apt to getting distracted and inadvertently moving on that way.

Here's your new leaf, bb. Turn it. Soon you'll have no time for such petty drama.

Knowing to how to "adult" already

Confession: I never knew how to do laundry until I sticky-tacked pseudo-artsy postcards all over my cinderblock walls. One of my horrible, horrible roommates taught me in a brief window of being less horrible. Basically, not many 18-year-olds know how to do everything adults do. Honestly, not many 28-year-olds know, still. Cut yourself some slack. Be patient and don't be embarrassed to ask for help (or at least Google directions in private).

It takes most people a good while to totally adjust to life in college, whether or not you choose to reside in on-campus housing. Balancing tougher classes, figuring out social norms, making sure you keep yourself fed, possibly learning the lay-out of a brand new city—it's a lot. Don't stress appearing "with it" right away. It's going to be a process, and anyone who acts like it won't is lying to you and themselves. It just doesn't work that way, so be kind to yourself.

Guess what? Some people don't like beer. Very often it's the only booze handy at any given bash, but that doesn't mean you have to partake if it just tastes like skunky cooler to you. I know, I personally don't understand people who don't like beer, but I do respect them. Try not to force yourself to drink it if you don't dig it. You'll save money, calories, and potentially shameful behavior. Count it as a blessing and make a point to check out other precious elixirs eventually like wine or liquor or seltzer and lime (the ultimate virgin cocktail to get haters off your back, truly).

Pretending you're sober when you're not

There's a very weird stigma attached to acting your exact level of intoxication very specific to early college age. Especially when it comes to weed. I don't understand it. Why bother partaking in substance if you're not going to actually experience it? Clearly there are moments when acting sober is crucial — say, returning to the dorm after a rowdy kegger (perhaps you befriended some box wine, which happens). That is a very good time to try on your sober face and voice. But other times — such as sorting out rides home from said kegger — are less than ideal. Acting cool is way, WAY less important than making sure you act responsibly and keep roads/your friends/yourself safe. If you feel effed up and so does the rest of your crew, split an Uber. It is always worth the cab fare, I promise.

If you end up in some creepy weed dealer's apartment and there's glow-in-the-dark tarantulas preparing for legendary battle beneath a black light and that makes you feel uncomfortable, bounce. Should something make you feel weird, you need to leave. Forget a "friend" who guilts you into remaining in situations where you feel unsafe. Trust your gut and the fact that decent humans will respect you for it. Just because your parents aren't around to save you from the spider fight doesn't mean you are incapable of saving yourself.

These will be fun years in your life, but not the best. For real, also, when you get caught up photographing evidence of your happenin' social life, you end up missing out. I was so obsessed with my DSLR in college, once during a field trip to Stratford Upon Avon on study abroad, I was so busy framing a shot my friend group straight-up left me. And I was left to wander the cobblestone streets all, "...guys?" Eight years later, I cannot even recall the photo captured. But I do vividly remember thinking, "Whoops." Attempt to limit your "whoops" moments.

Social media was far tinier during my college years back in 1700. I realize this—your—generation are digital natives who've had access to Instagram since age nine or whatever, but please keep cognizant of this hard fact: What you put on the Internet never dies. As in, just because you're an insanely adorable 19-year-old who knocked out all their AP English credits back in high school, an album of you blazing hard on a 3-foot-bong don't simply disappear as soon as you throw your hat into the seeking employment ring. Just be careful. Subtweets are not as sneaky as you hope. And if you have a crappy memory, make a freaking IRL scrapbook. Actually, do that anyway because it sounds pretty cute.

Getting a credit card

Credit card companies especially prey on young, sunny-faced college newbies. Stick with your debit card until closer to senior year. For many of us, the sizable credit card spending limit is too tempting, and honestly? You'll probably graduate with a decent amount of inevitable student loan debt. There's no need to add crazy credit card interest debt to that mountain. If you can't afford the nice kind of cheese at the grocery store with your college bookstore salary and try to charge it instead, that doesn't make you seem more mature. That's just being crappy to future you—which is actually rather immature.

You might scoff at this, but college is the best time to practice and really learn to love being your own person. If there's a tray of crushed Xanax lines surfing a sea of outreached arms at a rager and you decided that just isn't your thing (and it really shouldn't be), pass it on without worrying how others may interpret you. Should anyone give you guff about your own decisions that don't affect them at all, it's only illuminating to their own shaky sense of self. They need validation by others partaking in behaviors they practice. That doesn't make them bad people, but that also doesn't obligate you to join if you don't want to—that's a very teenage concept you're allowed to leave behind at high school graduation.

Going out with anyone who asks

Although a fresh new crop of romantic possibilities is certainly exciting, the best approach is the antithesis of Pokemon: No need to catch them all. Unless that's what your game plan entails. (I don't know your life. I took a similar approach, admittedly, and it didn't permanently scar me but I do realize everyone is different.) If someone asks you out and you're not feeling them, it's not mean to decline. It's being real and honest and frankly, that's a large favor to grant. You could still be friends as long as you keep boundaries clear and respected. Find your validation outside of romantic attention early on and you'll surely be a happier adult and human later.

I know the surge of social media evidence of all this fun happening around you at almost all times can be pretty intense. However, it's absolutely imperative to your physical and mental health you give yourself off nights sans guilt. Because here's the thing: All the people in these photos having ~the best time ever~ are probably super duper exhausted or at least a little jealous of your pizza dinner as enjoyed in bed. It's a good practice to get into now to make sure you're not completely burnt out come graduation (because that does happen — hi). Also, please recall: People tend to ham up their lives on Instagram. Most accounts don't accurately represent reality (which really does include lots of nights chilling in the library).

You're on your way, but you ain't there just yet. Chill and enjoy the emerging period of adulthood. This is your time to make mistakes (and probably be forgiven) and explore the deep corners of your brain and heart. Be real with yourself and others. Go ahead and rock that body glitter now because goddess knows it'll be received way less warmly 10 years from now. Relish where you are at this exact moment. Soon you'll be jaded and grown like the rest of us.

More like this
11 Podcasts About The History Of Juneteenth
By Emma Carey
Neptune Retrograde 2022 Do's and Dont’s
By Brittany Beringer
Here's Your Daily Horoscope For June 29, 2022
By Mecca Woods
How To Take A .5 Selfie On An iPhone
By Emma Carey
Get Even More From Bustle — Sign Up For The Newsletter