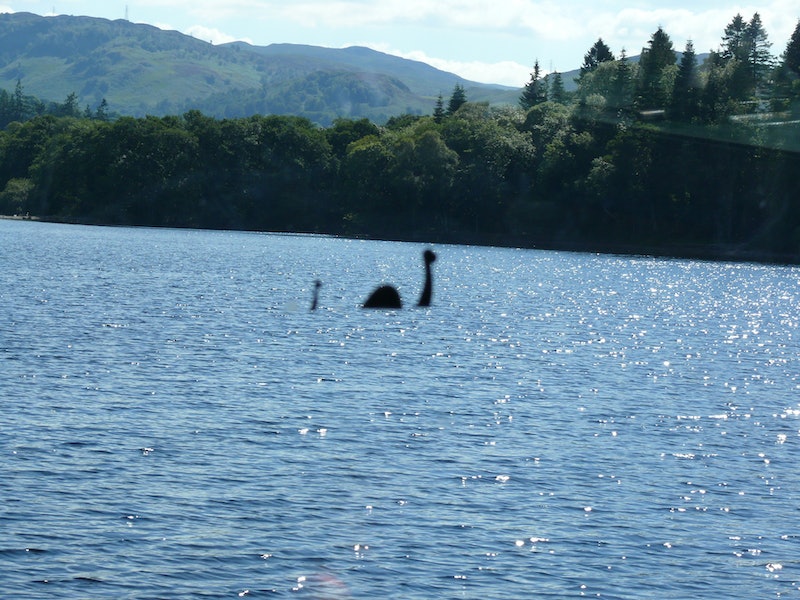 One of the most storied myths of all time is the legend of the Loch Ness Monster. The monster has for centuries been the focus of rumors and folk tales, with accounts varying from person to person, but the fundamentals have always remained the same: the Loch Ness Monster is a cryptid residing in a lake in the Scottish Highlands. But is the Loch Ness Monster real? Like, actually, really real? I hate to be the bearer of bad news, but it turns out that the Loch ness Monster is "most likely a large catfish," according to an expert who has been tracking Nessie for 24 years.

Oh, yes, let's back up to the part of the story where there is an expert who has been tracking Nessie for 24 years. The 52-year-old researcher is named Steve Feltham, and he gave up his home, his job, and his girlfriend at the age of 28 to fully dedicate his life to searching for the Loch Ness Monster. While he does not claim to have outright solved the mystery of the creature, he did indicate that it probably isn't what everyone thinks it is. According to Feltham as reported by Sky News, "Looking at all the evidence, speaking to eyewitnesses, the most likely solution is a Wels catfish."

A Wels catfish is an enormous catfish that can grow as large as 13 feet long and as heavy as 880 pounds. So the truth of the matter is this: We've all been catfished by a catfish pretending to be the Loch Ness Monster. Cool. I can never decide if I like having legends like this one busted, or if every time someone definitively rules out the possibility of a mythical creature, my tolerance for magical things dies a little bit inside. Whatever happened to being able to suspend our disbelief?

Well, since it seems we're incapable of letting mythical beasts lie, here are the stories of five other weird cryptids. I guess seeing isn't always believing.

People are crazy about searching for Bigfoot. There's even an Animal Planet show called Finding Bigfoot that's inexplicably still on the air, despite the fact that in no episode do they ever get any closer to, well, finding Bigfoot. There isn't a lot of real evidence about Bigfoot, but rumor has it that he's big, furry, human-like, and utterly impossible to track down.

Champ, or Champy, is considered to be the Loch Ness Monster of North America. The creature resides in Lake Champlain, and is rumored to be some sort of serpent thing.

Originally from Puerto Rico, the myth of the chupacabra (which literally means "goat sucker") has spread all around the world. The spiny little alien-looking creatures are said to suck the blood of goats and sheep; originally they were intended to explain what seemed like inexplicably dead masses of sheep and goats — which later turned out to be the workings of a satanic cult, as most things turn out to be.

Also known as the Abominable Snowman, the Yeti is an ape-like cryptid supposedly found in the Tibetan Himalayas. Scientists suspect that supposed Yeti sightings are actually misidentifications of wildlife such as bears or big cats.

The Kraken is a legendary, octopus-esque sea monster of Norway, with references dating back to the 13th century. That's right: It's one of the OG cryptids. Because even strange and possibly fictional creatures have their historical pride.

More like this
So Many Dog Owners Are Obsessed With These Weird Dog Products
By Veronika Kero
25 Things I've Reduced My Life To, In Addition To WFH In My PJs
By Ginny Hogan
How To Use The Whatnot App To Thrift Vintage Items
By Emma Carey
The “Teenage Dirtbag” Trend Is TikTok's Latest Nostalgic Obsession
By Meguire Hennes
Get Even More From Bustle — Sign Up For The Newsletter